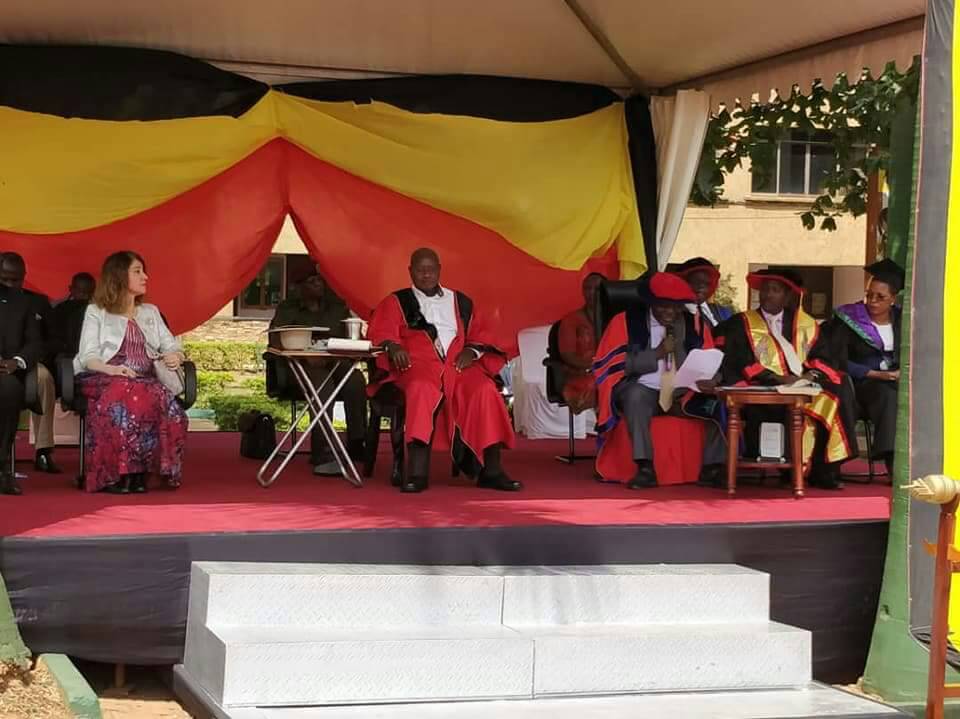 President Yoweri Museveni has urged universities in Uganda to endeavor to create employable and enterprising students saying it is the key determinant of the success for any university.

He was speaking at the 18th graduation ceremony of Kansanga-based Kampala International University (KIU) today where 2410 students, including State Minister for Privatization and Investment, Anite Evelyn, graduated in different disciplines. 22 students got first class degrees, four of whom were females. 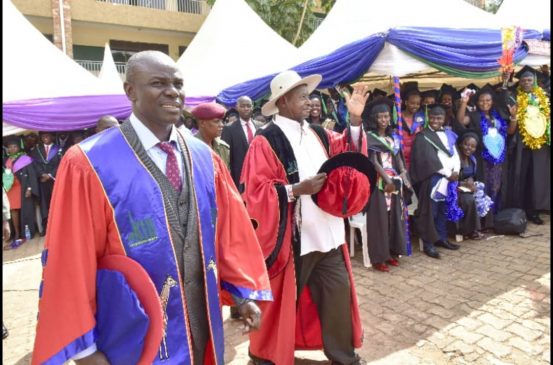 The President advised the graduands to emulate the entrepreneurial and ambitious Mr. Hassan Bassajjabala, Chairman of the Board of Trustees of KIU adding that graduates must refrain from being dormant after university but seek to be wealth creators.

He also informed the graduands that government had opened up public universities to students who were not on government scholarship as long as they could self-sponsor their studies and had minimum qualification because it gave them an equal opportunity with the others. He added that government had further opened up private universities to encourage more students to access university education as long as private universities fulfilled the pre-conditions of the Education Ministrys Uganda National Council of Higher Education.

When the puppies are young, it is better you feed all of them. When they grow up, that is when you see which is one will the hunter. By feeding all, it means that you are not prejudiced. Seeing this University here like this means that we made the right decision, he remarked.

The President stressed the need for graduands to live disciplined lives and avoid indulging in promiscuous activities that, he warned, would endanger and kill their lives.

I dont drink, I dont understand why people drink because beer is so bitter as Mululuza and then there is whiskey which just burns you. You students must strive to be disciplined, he warned.

The Turkish envoy to Uganda, Ms. Ayse Sedef Yavuzalp, who was lead speaker at the ceremony advised graduands to gain as much international experience as possible to compete favorably for global jobs.

She commended President Museveni for the cordial relationship that exists between Uganda and Turkey and also for fighting terrorism in the country.