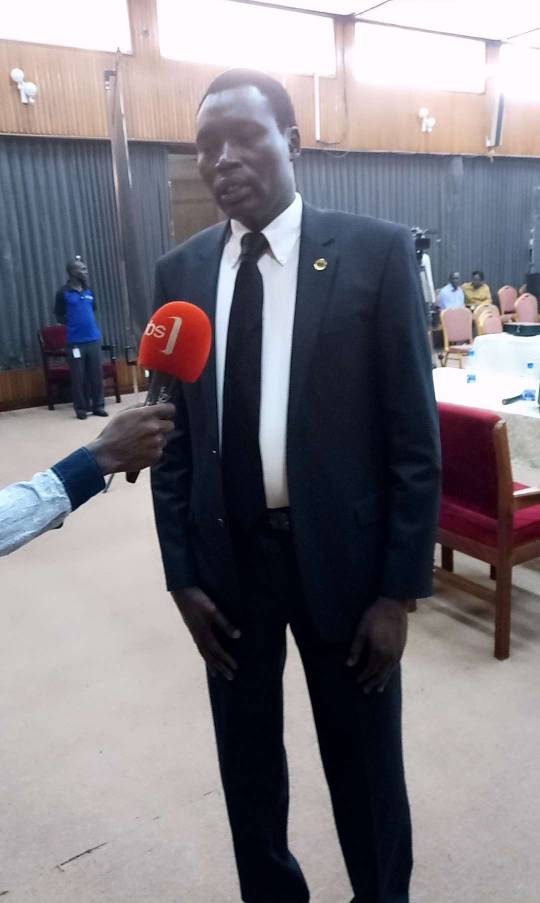 Share on FacebookShare on Twitter
Peace Will Return To South Sudan.
By Acaye Henry.
South Sudan representative at the East African Legislative Assembly
(EALA) Gabriel Garang is optimistic that total peace will return to
his country.
In an interview with media at National Parliament of Uganda, the Eala
lawmaker  said that, there are steps on going to bring all the
political players in the country on board to bring peace in the war
torn country.
“President Salva Kiir is working hard to bring peace with other
stakeholders in the country, so we are hoping that with time, peace is
coming, and sustainable peace will be achieved, we are actually moving
towards peace as leaders of south Sudan Gabriel Said.”
He said that as MPs for eala, they will also try to engage actively to
support peace initiatives that are ongoing inside south Sudan at
regional level.
Violence broke out in Africa’s youngest nation in December 2013, after
sharp disagreements, broke out between President Silva Kiir and his
Vice Riek Machar.
The country gained its, independence from Sudan in July 9 2011 after
going through civil war.
Previous Post