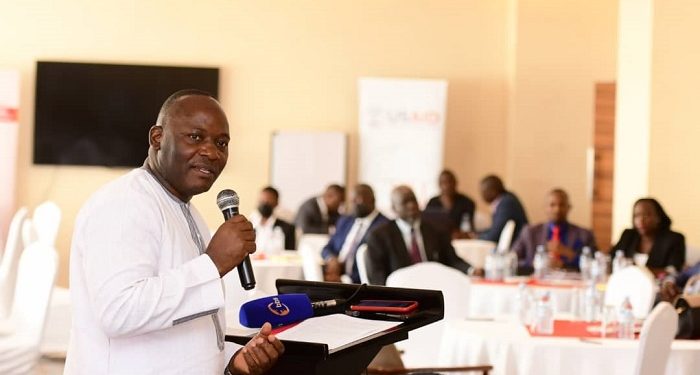 Opposition Moves to Improve Quality of Debate.
Adopts a Whipping System that only Allows Trained MPs to Speak.

The Opposition in parliament Moves to enhance the Quality of Debate in Parliament by Clustering and training MPs in their areas of expertise.

The new paradigm shift will not allow MPs who don’t research to debate on the floor of parliament because a list of Legislators to debate on given issues will be decided by the leadership of the opposition depending on training and expertise.

The Leadership opposition in parliament has kicked off the training of its members to equip them with the best skills to enhance their visibility on the floor and on parliamentary committees ahead of the second session of the 11th parliament.
Mathias Mpuuga the leader of the opposition who opened up the cluster training emphasized the need for legislators to acquire more knowledge in order to dominate debates in parliament.

Mpuuga noted that a number of members of Parliament don’t speak in parliament because they lack knowledge over matters discussed on the floor. He now wants opposition MPs to not only speak but to influence resolutions of the house.

The opposition has now come up with the new whipping system of grouping MPs into clusters depending on their areas of expertise in order to get the best output out of them. . John Baptist Nambeshe explained that they are going to come up with the whipping list of MPs to speak on the floor of parliament.

Four clusters have been identified including Sustainable Development of Petroleum Resources, Digital transformation, Development, Plan Implementation, and Tourism Development.
On Every matter on the order paper, the opposition will present five MPs well trained to articulate issues on behalf of the opposition in that given area of expertise. The list then is handed to the speaker of Parliament. In this regard, those who will not be on the list, will not speak.