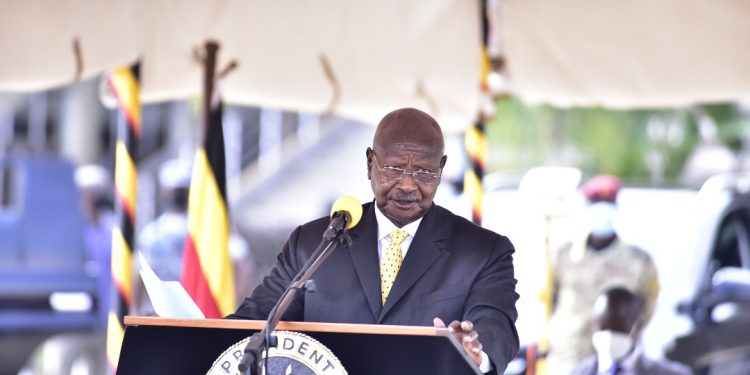 President Yoweri Kaguta Museveni has acknowledged that security forces made mistakes leading to the death of several Ugandans during the November 2020 protests ahead of the general election. He made the revelation during the 32nd Heroes Day Anniversary ceremony at Kololo Independence Grounds held under the theme, “Remembering those Great Men and Women who put the nation first in pursuing freedom for our motherland Uganda”.

At least 50 people were gunned during the spontaneous protests in Kampala and the neighbouring Wakiso district triggered by the arrest of Robert Kyagulanyi Ssentamu, the National Unity Platform-NUP presidential candidates in Luuka district on November 18th, 2021.

Other people were killed in Mukono, Masaka, Jinja, Luweero and Kyotera among other districts. Speaking at Kololo ceremonial grounds, Museveni said that one of the things that pushed them into the liberation struggle was to stop extra Judicial killings and killing people outside the law.

“And the NRM is very strict on that. Even when mistakes occur, we follow them up. Like for instance during these elections which Bishop Ssemogerere talked about, there were mistakes. The Opposition made mistakes by being violent, by intimidating, attacking people because they are putting on yellow,” said Museveni. He said this was a miscalculation on the part of the Opposition because nobody can defeat the ruling NRM government by force.

He wondered why someone would choose to use force when there is an option of voting. “In some areas, NRM did not win…opposition won in some areas. So why did we not stop the opposition from winning? We had candidates but, some other groups won. So, there is no need to use force. But some people think they can use force and uproot the NRM, it will not happen. That’s a wrong line,” he emphasized.

Museveni also acknowledged the mistakes by the ruling party like overreacting when faced with a situation, which he partly attributed to poor leadership like lack of proper briefing of soldiers.

According to Museveni, honest people know that the government he leads cannot condone extrajudicial killings because when such acts happen, they follow up the cases. “And I have the file of all the 54 people who died in that problem of November. And where the security forces made mistakes…we discovered it. The first I did was to hold seminars; you must have seen how I met all the commanders of Special Forces and all the police commanders in the whole country to review their actions and mistakes. But also to follow up the families of the affected people,” he revealed.

He assured Ugandans that there is no way his government can tolerate and condone impunity and wrongdoing. Besides the November 2020 killings, Museveni also said that even the use of insecurity like the recent attack on Gen. Edward Katumba Wamala, which cost the life of his daughter Brenda Nantongo and driver, Haruna Kayondo will not bring down his government.

He emphasized that killing people with the aim of tarnishing the government image would not be tolerated. Museveni reminded Ugandans that the elections are now over and that there is a need for opposing parties to work together for the good of the nation.

Unlike previous Heroes Day celebrations, there was no decoration of heroes due to the Covid-19 pandemic. The scientific event was attended by Chief Justice Alfonse Owiny- Dollo, Deputy Speaker Anita Among, Church of Uganda Archbishop Stephen Kaziimba Mugalu, and a few dignitaries. President paid tribute to people who died during the liberation war.