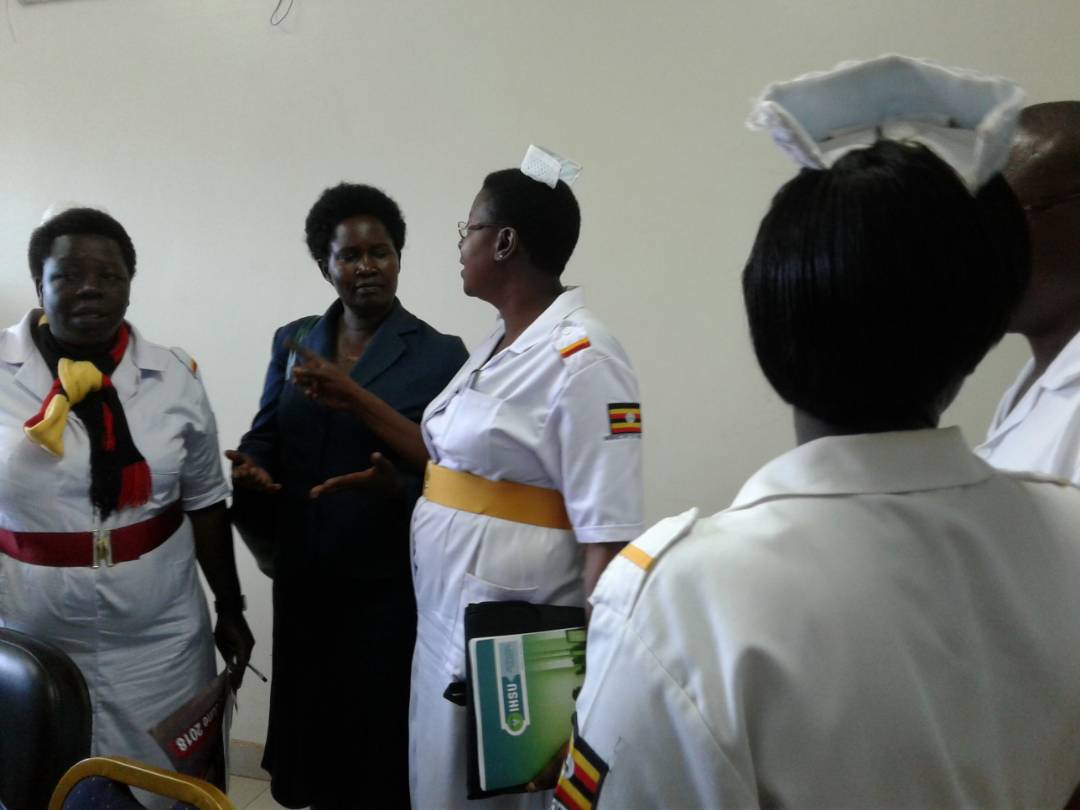 Nurses under the Uganda nurses and midwives union (UNWU) want govt to restructure the health system to accommodate degree holders in the profession and at the same are demanding govt to come out clear on the promises made earlier regarding their salary increment.

The nurse and midwives were promised by the President to have their salaries increased starting this coming financial year 2018/19, something they are yet to see.

The President of the union, Justus Chiplangat Cherop states, nurses and midwives with certificates, diplomas and degrees are almost earning the same salary, something he deems un proper hence the need for change if they are to continue serving the nation.

However, Nurse Asonze Joyce and Birungi Annet highlight some of the challenges that they face which range from poor payment that can not enable them to have descent accommodation, pay fees for their children, have better meals among others.

They now warn that if nothing is done about this, they will not hesitate to lay down their tool come 23rd June 2018.