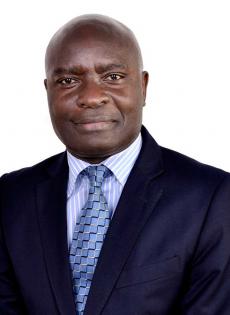 The electoral commission chairman, Justice Byabakama Simon says, no amount of money can force them to divert from the planned lining up system for the upcoming LC1 polls to using ballot papers.

The comment from the chairman follows reports by the EU delegation which made it loud to the speaker of parliament this week that they had availed money to Ugandan govt to be used in the LC1 electoral process which offer govt declined to take.

The delegation told the speaker that the money was meant to facilitate the whole process but the commission chair says it would necessitate parliament to cause an amendment in the law to allow for secret ballot process in the LC1 polling exercise.

However, the electoral commission reveals that voter in Arua municipality are to go to the polls come 15th August 2018 to voter their area MP to replace the fallen representative Ibrahim Abiriga.

The area became vacant following the death of the former member of parliament, Hon. Ibrahim Abiriga who was shot death by un known gun men early this month as he was driving back home in Kawanda Wakiso, district.

The chairman of the polls commission, Justice Byabakama Simon confirms that, the polling exercise will commence on 5th july with the voter’s register update, display of the register, nomination(19th-29th July) campaign will then run from 23rd July to 13th- August 2018 with polling falling on 15th August 2018.

The electoral commission urges all voters in the area to fully take part in the whole exercise as they usher in a new leader.

Arua municipality has a total of 45,184 registered voters and 65 polling stations with the number expected to rise and the by-election expected to cost over UGX.500M.