NEW STRATEGIES TO CRACK DOWN DISEASE THROUGH COMMUNICATION 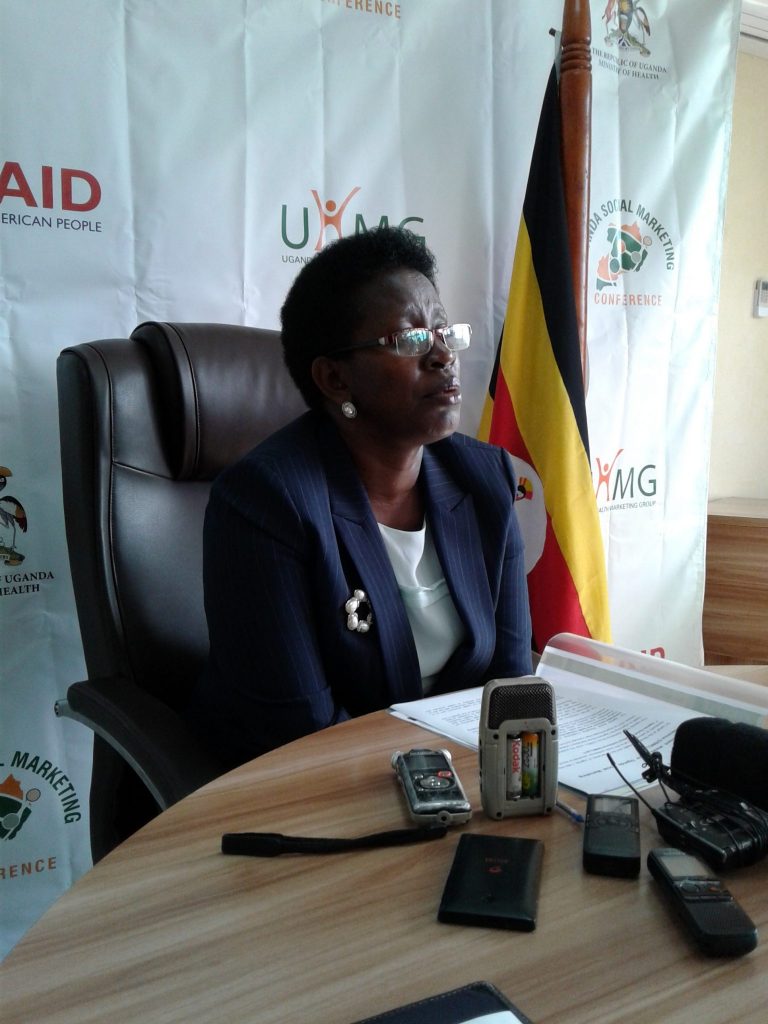 As Uganda continues to grapple with the high disease burden that has claimed many lives, consumed the national cake, now the health ministry in partnership with Uganda health marketing group (UHMG) have come up with a new and smart communication strategy that will be implemented at all levels of society geared towards changing people’s behaviors to attain a better life.

Health experts reveal that ugandans have for so long had a negative attitude towards attainment of health services from health facilities coupled with negligence on their daily lives which has seen many attacked by preventable diseases which at times cause death.

But now with the new communication strategies developed by the health ministry and UHMG that will soon be launched, a number of better health messages and routes to pass over these messages to communities have been developed and will be rolled out to the masses as a means to change their behaviors and increase access to health services at all levels as a way to reduce the disease burden among the country’s population.

The permanent secretary ministry of health, Dr. Diana Atwine and Denis Ahairwe the chief of party, USAID Uganda social marketing activity say that disease like malaria, diarrhea, cholera and other non communicable disease should not now be a burden to Ugandan if citizens were well informed about their respective roles in promoting better health and lives.

Further the permanent secretary ministry of health Dr. Diana Atwine has warned non qualified medical practitioners who have made it a habit to advertise health service which she says are most of the time unqualified on various media houses to soon wait for legal action that the ministry plans to press against them.

Dr. Atwine sight a number of herbalists who call themselves doctors who have misled the general public through their messages on radios and television that they over a range of medical services that lead to curing a number of disease.

The ministry says these messages have seen patients move to these herbalists for cure which at times they fail to get leading to their death or registering more complex health problems.

Atwine now wants media houses to comply with the ministry and stop airing such misleading message to save the public from more health problems.

The communication regulator together with the national drug enforcement agency has also come out to warn herbalists against this habit.

Information from the ministry indicates that 3% of Ugandans know about these diseases which has contributed to the current 75% national disease burden which is preventable as per the health demographic survey.

MUSEVENI TASKS FUFA ON EARLY PLANNING. AS UGX.1BN GIVEN

MUSEVENI TASKS FUFA ON EARLY PLANNING. AS UGX.1BN GIVEN