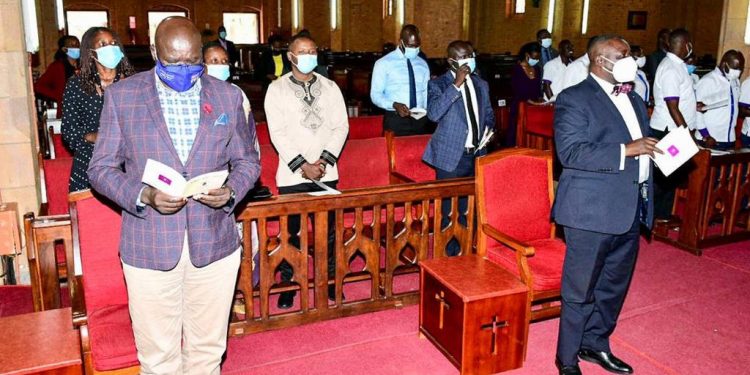 As the world marks global press freedom day today, the Anglican Church in uganda has launched the Church of Uganda Media Association as one of the platform that brings together journalists who report on church events across the country.

Speaking at the launch of the association during the thanks giving mass at Namirembe cathedral, the deputy speaker of parliament Rt.Hon. Jacob Oulanyah reminded journalists of their cardinal principles they must uphold as they serve society.

Oulanyah who pledged to always support the association added emphasized the principle of truth and fairness saying they always bring out the best news in society rather than the negative news that instead injurs society.

Leading the thanks giving mass on behalf of His grace the archbishop of the church of Uganda, Dr. Stephen Kazimba Mugalu, the Bishop of Namirembe diocese Wilberforce Kityo Luwalura reminded journalists to follow the footsteps of Jesus Christ who spread the gospel of truth, unity and humility to society.

Reading from Philippians chapter 2, Luwalila urged the media envagelists to always front news that promotes unity through humility and also live a humble life they way Jesus christ did for society to benefit from their service.

He then asked the state to always respect the rights and rules of journalists as this will create a conducive working environment for journalists.

But also asked journalists to always publish the truth noting that the truth will always set them free. And to emphasize this he quoted John chapter 8:31-32. Where jesus said to the Jews who believed him. “ If you abide in my word, you are my disciples indeed. And you shall know the truth and the truth shall make you free.”

Meanwhile the interim president of the association Bulasio Zambali Mukasa who works for NBS tv called for togetherness among members but also asked for support from the provincial secretariat to help the new association achieve its dream.

Its believed that the anglican faith accounts for 27% of Uganda’s population making it one of the largest religion in the country. 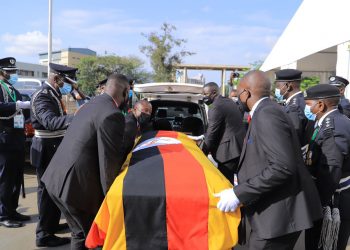 MPs Spent a Night at Parliament in Singing for Oulanyah. Members of Parliament weathered a cold night and spent it...