1.4k
VIEWS
Share on FacebookShare on Twitter
National Housing Corporation Calls For Increased Funding
By Damba Rogers
The CEO national housing corporation Uganda limited Eng. Kenneth Keijuka calls for increased funding from govt to a tune of UGX.300Bn every year.
Kenneth says ever since the Libyan govt bought shares in the national housing corporation, it has faced financial challenges since the foreign govt is fighting and can not fully meet its financial obligations to the corporation.
He further attributes the low housing units and at high cost to heavy bank loans which are meant to pay after funding housing projects adding that if govt starts funding them then everything will definitely go down.
However the chairperson infrastructure committee of parliament who doubles as MP for Kigorobya. Hon. David Karuhanga says its sad to see that the housing sector in Uganda has been greatly left in the hands of private players and thinks that more funding of national housing corporation will help solve the housing burden in Uganda.
This was revealed during a tour with the committee to the corporation ‘s estates in Kiwatule, Naalya and Namungona.
Previous Post 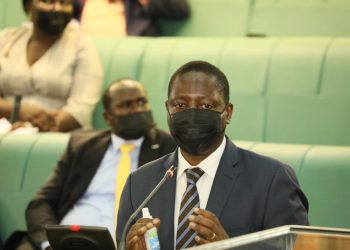 By Admin Alcohol Poison Incident Triggers Pledge on Consumer Protection Bill. The Ministry of Trade, Industry, and Cooperatives will introduce...