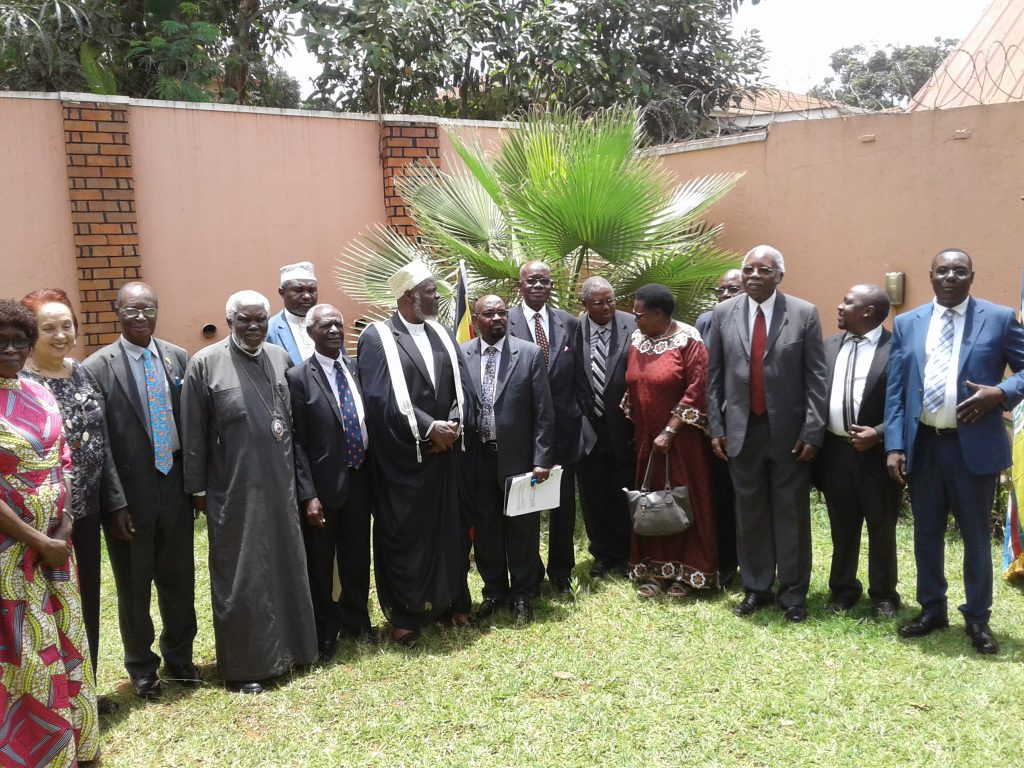 The inter religious council together with the elders forum of Uganda have today announced 21st November 2018 as the launch of the long awaited national dialogue conference.

Addressing journalists at the inter religious council offices in Kampala, the chairperson of the council, the mufti of Uganda sheik Ramathan Mubajje says, representatives of all citizens’ stakeholder groups will make three important decisions among them being, setting up a working group that will focus on the agreed dialogue agenda as well as authorize a planned formal nation-wide citizens’ consultations to take place in all the sub regions of the country.

The dialogue expected to be graced by H.E. Yoweri Kaguta Museveni, envisage that the first phase of the process will culminate into a national conference to take place in June, 2019. It is important to recognize from the onset that the Uganda national dialogue is not an event but a process. Says Sheik Mubajje. Therefore, the process is envisaged to proceed long multiple tracks: the citizens’ conversations led by inter religious council of Uganda and the elders forum of Uganda, the political party dialogue led by the national consultative forum and the inter party organization for dialogue(IPOD) and the NRM-FDC negotiations as well as the constitutional review commission, which handles issues with constitutional and legal bearings.

However, the chairperson of the national elders forum, Justice James Ogoola says, they are only acting as a bridge to shaping the future of the 56 years nation which seems to be heading to dangerous times.

“We as a nation must not go through the next 50 years of the same, we must avoid that and have a very different Uganda for the next 50 years or may be 500 years after that.” But how do we reach there, we need some sort of messianic force of salvation.

He further says, Ugandans are empowered under the constitution to sit together and design the destiny of Uganda for the next 50 years.

This then requires Ugandans to sit together and reason together as to what will form the next 50 years with a goal of peace, prosperity among others.

And at the event, it will be upon them to agree on the next step for this great nation.

The main objective of the national dialogue is to work for an agreed national consensus to consolidate peace, unity, democracy and inclusive development to achieve equal opportunity for all Ugandans.

Since 1962, the year of independence, Uganda has had different leaders of whom have left positive and negative marks during their respective regimes hence the continued difference among Ugandans. And the coming dialogue aughts to find a solution to these roaming problems.