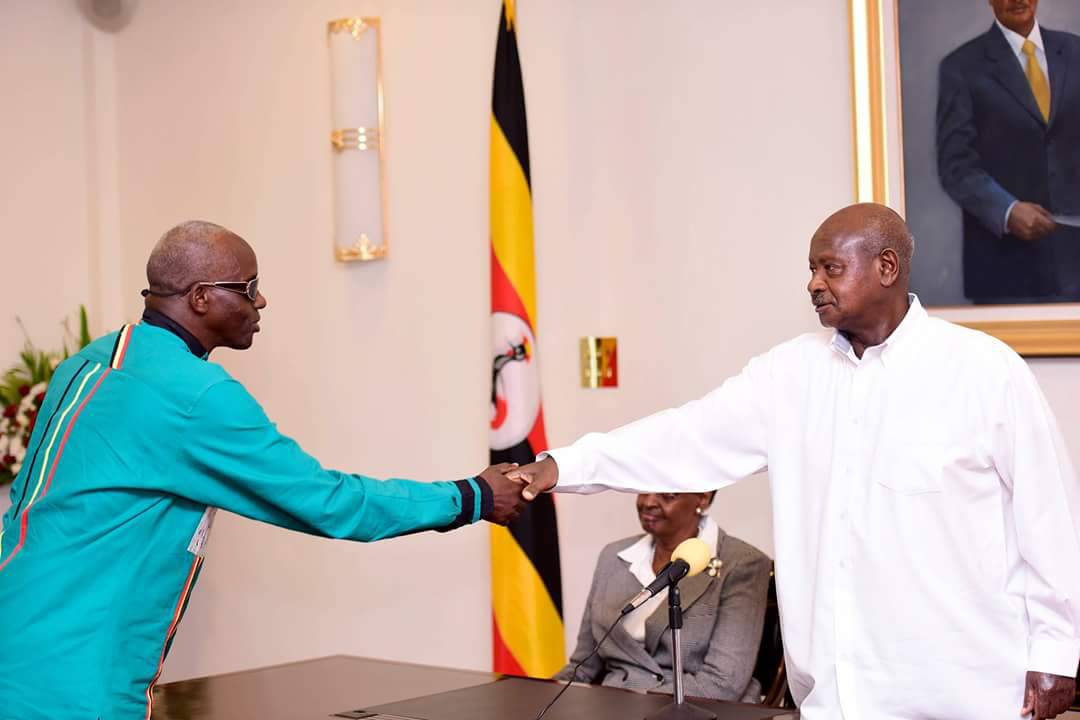 President Yoweri Museveni has called on security agencies and public servants to practice teamwork for effective service delivery. He made the remarks while presiding over  the swearing in of the new Minister of Security, General Elly Tumwine at State House Entebbe. The ceremony was attended among others by the Prime Minister Dr. Ruhakana Rugunda, the First Lady who is also the Minister of Education and Sports Janet Museveni, the Minister of Internal Affairs Jeje Odong. Also present was the Minister of Public Service Muruli Mukasa. The swearing in ceremony was conducted by the Head of Public service, John Mitala.

People should contribute their ideas and ensure success thereafter.

He called on the security heads not to seat and remain silent while wrongs are being committed.

The President said that the security sector needs technology  and

stressed that all the technological gaps must be filled for the security organs to fulfil their responsibilities.

How to Create Adjustment Layers Based on Color

If You Have $5, Zendaya Found the Spring Collections

If You Have $5, Zendaya Found the Spring Collections