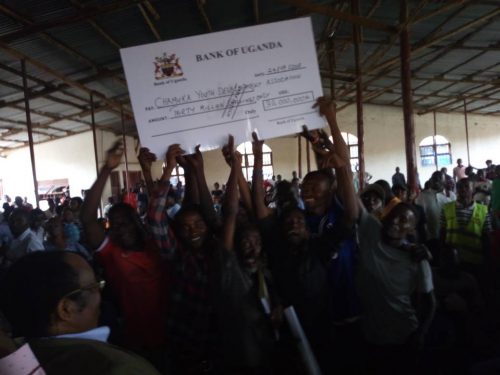 Hundreds today flocked Passover Harvest church in Kamwokya yearning to get a share on 100 million shillings which president Yoweri Museveni donated to the youths living in the slum to kick start their businesses. Young, Youths and Old patiently waited in lines to append their names on the list of beneficiaries

It was a cash money bonanza in slums as the deputy government spokesperson Shaban Bantaliza was dishing out money to the Ghetto youths groups donated to them as capital to boost their small scale business in the slum. Bantaliza and a group arrived with a bag full of money shillings which made the crowd go wild. But however money was given out on cheques not cash as many had thought.

Bantaliza down played allegations that the donations are aimed at countering the mushrooming support of Bobi Wine’s people power movement which have strong holds in Kamwokya slums where Bobi grew up from; claiming the timing is just a coincidence. He also defended this much a criticized system of giving handouts to the youths, claiming president Museveni can’t subjected his poor people to the state bureaucracy. 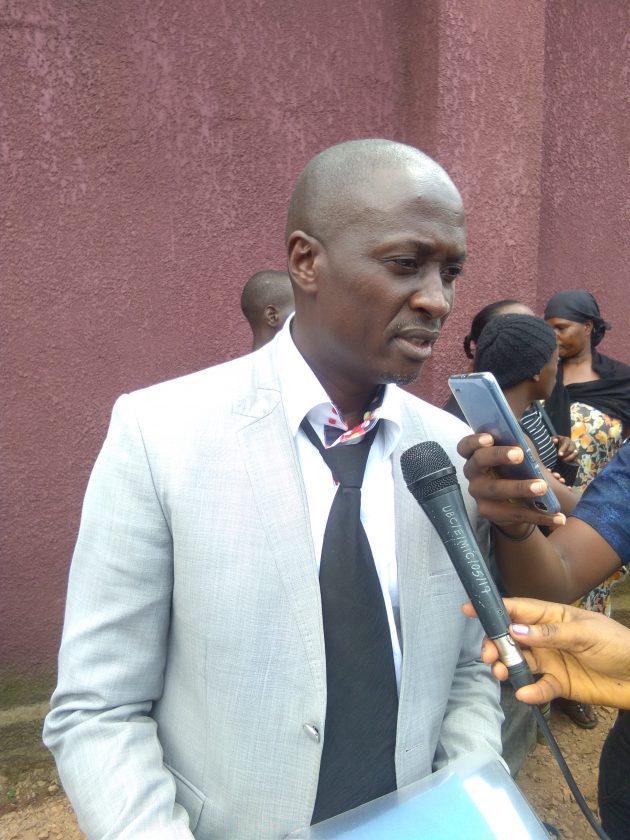 Dr. Apollo Ayimbisibwe the man who led Ghetto youths to the state house to lobby for these funds called upon others who did not benefit today to wait patiently for another phase since the package was not big enough to be shared by the entire crowd.