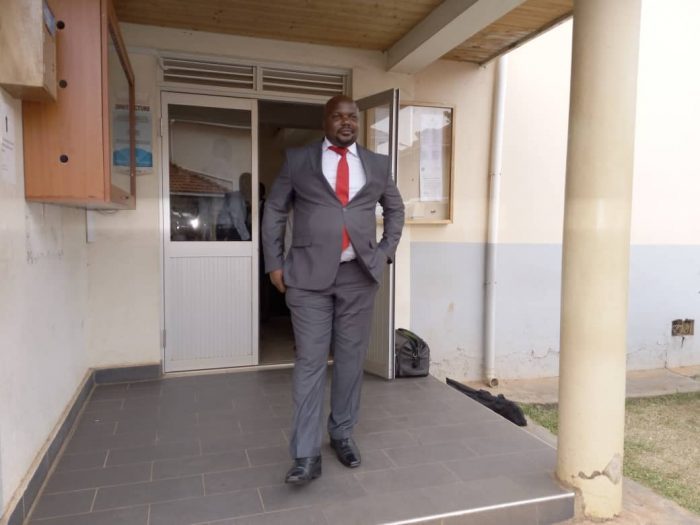 The Anti-corruption court has declined to hear an application filed by COSASE Chairperson Mubarak Munyagwa in which he wants to block his corruption trial.

Chief magistrate Lamunu Pamella Ochaya refused to entertain Munyagwa request because the Prosecutor who is in personal conduct of the case ; Alice Komuhangi  is away in South Africa on official duties.

Magistrate Lamunu then ordered Munyagwa to report back to Court on 5th/April the date he was recently summoned to plead to the charges.

Munyagwa is accused of soliciting for a bribe of 100 million shilings from a one Francis Kakumba as an inducement to secure his son Isaac Muyanja  a job at the  Kampala District Land Board.

Munyagwa is said to have committed the offence in 2014 when he was the Kawempe Division Mayor.

Munyagwa who is now an MP representing Kawempe South told journalists that he is being persecuted by the DPP Mike Chibita who has chosen to resurrect a 4 year old case that the complainant has since abandoned.

He contends that the DPP has no authority to continue prosecuting  him on offences that the complainant has lost interest.

Still in court, the Directorate of Public Prosecution has ordered for the trial of two ASP Kirumira  Muhammad murder suspects, to start before the High court in Kampala.

Appearing before Wakiso Chief Magistrate court, was State Attorney Ramula Ddamba who informed presiding Magistrate Noah Ssajjabi that she had instructions to have the accused persons  Kalungi Abubakar and Mwebe Hamza committed to the High court for trial.

She reported that investigations into the case were complete and that evidence linking the two to the alleged crime was sufficient enough to sustain a conviction.

Its against this background that Magistrate Ssajjabi sent the accused persons to the next convenient criminal session of the High court to start trial.

The Magistrate also gave each of them a copy of the indictment and he informed them that they were to remain on remand  until their trial was scheduled.