The Ministry of Tourism Wildlife and Antiquities has decried the huge budget cuts in the budget framework paper saying that it is going to cripple the sector.

Officials of the Ministry of Tourism, Wildlife and Antiquities led by minister Tom Butime and state Minister Martin Mugarra appeared before the parliament’s committee on Trade and Tourism to explain the Budget framework paper of the entity.  Ministers had no kind words with the ministry of finance which cut their budget from Shs195bn in the current financial year to Shs89.2bn for the financial year 2023/2024 which is less than half of the current budget.

The executive director of Uganda Wildlife Authority Sam Mwandha informed the committee that they have a wage bill of 56 billion, after recruiting 860 rangers recently but they have been allocated only 21.3bn. He says rangers are likely to turn into poachers if they send them home over lack of salary.

Uganda Tourism Board budget has been reduced from Shs26.45bn to 4.3bm which according to the ministry is going to frustrate positive strides in promoting and marketing the country’s tourism potential that fetches Uganda more foreign exchange.

The Uganda Wildlife Education Centre’s budget has been trimmed from 9.5bn in the current financial year to Shs1.9bn in 2023/2024.  The agency is concerned that it will not be able to meet the cost of feeding animals at Entebbe Zoo which stands at 2.5bn annually.

Committee members joined the ministry officials to lament the budget cuts and vowed to press the ministry of finance until the Tourism budget is reinstated. 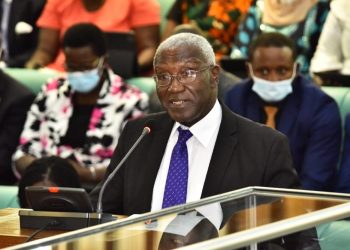 Gov’t Okays Compensating Victims of Wildlife Conflict. The Minister for Tourism, Wildlife and Antiquities, Hon. Tom Butime, has confirmed that...