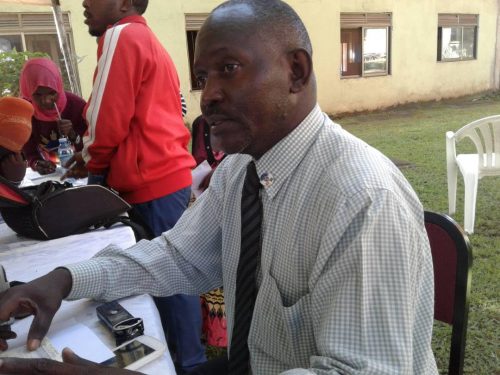 Ministry of Education Sets out Strategy to curb Drunkenness Among – Teachers

Following reports of teachers conducting lessons under the influence of alcohol in the western districts of Uganda, the education ministry has embarked on a strategy where it refers drunkard teachers to medical and counseling experts.

According to the senior education officer in the guidance and counseling department ministry of education,Ssemakula Henry, most teachers across the country have developed a habit of consuming alcohol, a bad act which slowly but steadily moves on to the students who are not supposed to consume it.

On top of referring addictive teachers to medical and counseling sessions, they are being grilled through the needed techniques on how to detect smuggling in of alcohol among other substances in schools by students, with this way, the ministry thinks that this can help curb the fast growing alcohol consumption habit among the under aged in schools.

However, Dr. Mutamba Robert, a psychiatrist at Butabika national referral hospital confirms that, alcohol among other substances account for 800 patients’ admission at the facility, with 60% of the patients admitted are as a result of excessive and irresponsible consumption of alcohol. He also mentions that youth aged between 13 to 35accounts for the biggest number but expresses worries over a big number not visiting the facility for treatment due to the stigma that comes along with associating with the facility.

The executive director straight talk foundation, Susan Ajok, stresses that the burden of underage alcohol consumption among Ugandans is still a serious problem, calling for combined efforts if its to be cracked down to save the future generation of this mighty nation.

Smuggling alcohol mixed in drinks, hidden in sanitary towels, among other school necessities are some of the few techniques employed by students to take in alcohol in schools hence the continued consumption which has led to school dropout, waste students, account for un wanted pregnancies coupled with poor mentoring open market sale of alcohol among others.

And with these dangerous acts, officials in the life ministry are working on the alcohol policy which they hope will be warmly welcomed by parliament and handled with at most importance.