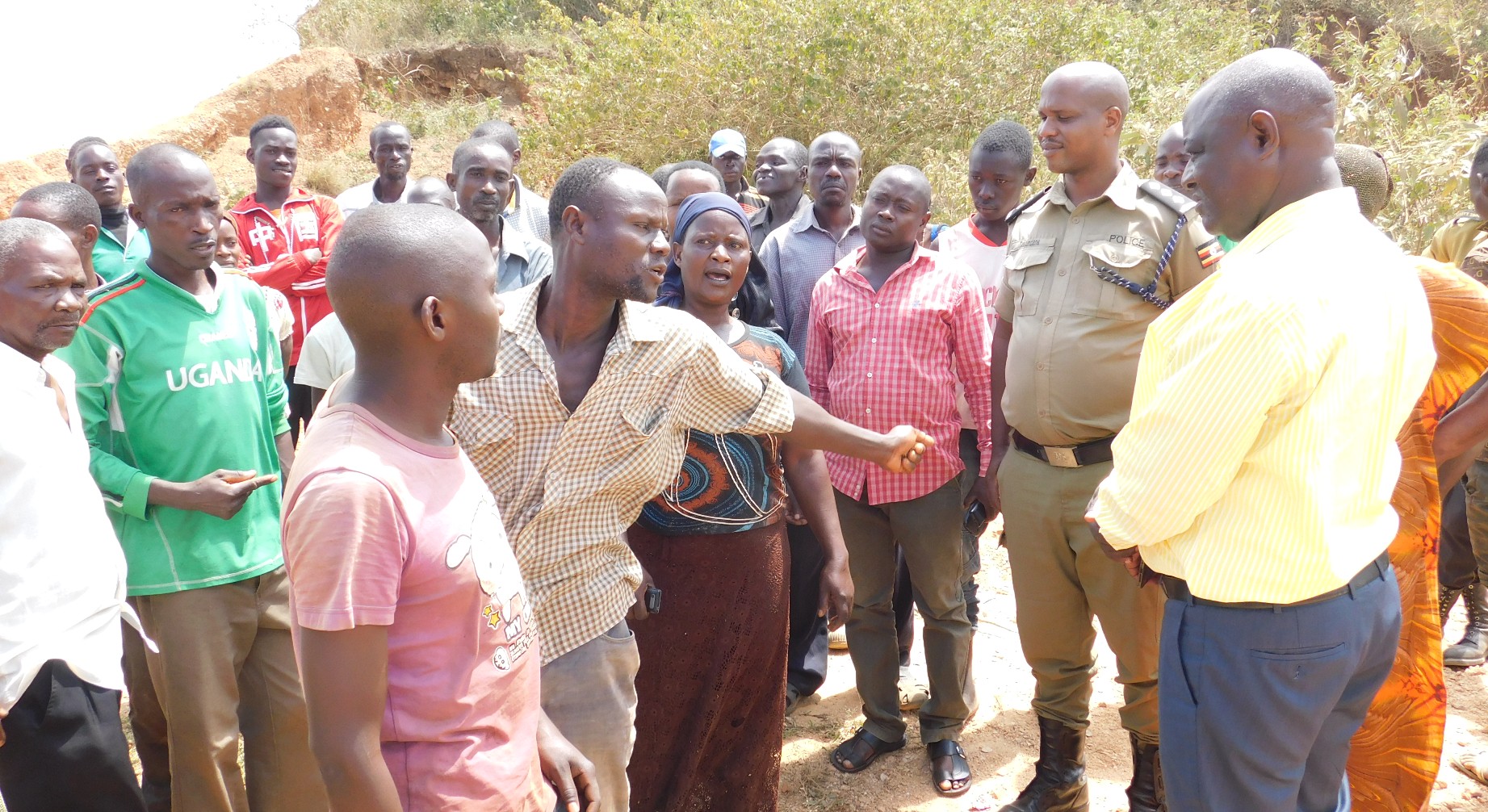 Others concerns include the company’s deliberate failure to compensate affected families around stone quarry plus the uncontrolled dust and noise pollution.

The suspension follows a week-long protest by Kyaggunda residents over the same concerns.

Hunan was sub-contracted by Arab Contractors (Osman Ahmed Osman & Co) which is the main contractor, to supply tarmac stones for the 41km-Masaka-Bukakata road project.

However, according to Charles Mayanja, the Bukulula Local Council (LCIII) Chairperson, the company managers surveyed the site (quarry) in Kyaggundalast month and later held a meeting with district authorities for a constructive plan.

The quarry covering more than 15 acres was previously used by Reynolds Construction Company (RCC) Ltd from Nigeria to extract stones during the construction of Masaka-Kampala highway in 2010.

Mayanja said that they set strict terms for the managers to fulfill before he could embark on the quarrying process.

The conditions that were set included compensating the affected families within the 500 meter-distance around the quarry, and sprinkling the road to the quarry to avoid dust pollution.

“We also told them to sound a siren to alert residents before blasting or busting rocks and put much emphasis on operations during day. But to our surprise, the company secretly installed equipment and began operations before fulfilling any of the terms,” he said, adding that it came to their attention during a protest.

Charles Sserwanja, the Bukulula District Councilor, said that several residents had approached him complaining over the increasing noise pollution that stems from dynamite blasts during company’s night operations.

In addition, affected families are still demanding compensation so as to relocate elsewhere for safety. “They were secretly operating illegally not until concerned residents stood their ground,” he said.

Irate residents stormed the quarry last week threatening havoc if the Hunan managers but riot-police was called to quell the protesters.

Recently, a joint meeting involving all stakeholders including district leaders, residents and police, Uganda National Roads Authority (UNRA) officials plus engineers from Arab Contractors, was convened to resolve the grievances.

Ssempijja said that the company has to compensate resident before they resume operations. “I appeal to the company managers to fulfill all the terms and conditions which were agreed upon. Once they are done with that then they can resume peacefully,” he explained.

As a result, women who have been cooking for the workers at the site said they will be jobless in the meantime as the company looks for modalities to resolve the concerns.

Namukasa Ssembuusi, one of the affected residents said that they have not had peaceful sleep since last month due to noise pollution. She claims that the blasts at night have even caused heart attack to some elderly folks in the area.

“Prior, in our village meetings, we were told by our leaders that the company should operate only during the day. But the company did the contrary and that’s why we protested,” she argued.

In addition, Jane Nakacwa, another resident, recounted the unbearable effects of the dust which enters their households hence causing respiratory diseases such as cough and flue adding that it has stimulated more allergies and asthmatic conditions in the area.

“They were told to water the dusty road regularly which they refused. Now inhale the dust and the clothes are always stained which gives us hard time,” she complained.

According to Patrick Kasujja, the company refused to employ local labourers as one of the conditions that were set by the district authority. They are using workers outside Kalungu and we want all this settled for the benefit of the village and sub-county.

Francis Ddungu, one of the affected residents within a distance of 500 meters from the quarry, wants compensation to relocate his family. He explained that he does not want to frustrate the road project since it benefits all Ugandans.

According to the company engineers, the compensation process was delayed by the government valuers. They said they are willing to compensate the affected people and follow proper guidelines.

In December 2018, President Yoweri Museveni flagged off the sh165.5b Masaka-Bukakata road project. The government secured a loan from the Arab Bank for Economic Development in Africa (BADEA) and OPEC Fund for International Development (OFID).

However, Resty Namukasa, the UNRA-Project Engineer, declined to comment on the matter but another engineer said that halting Hunan operations may delay the two-year project.