Manifestation That Parliament Is Not Independent 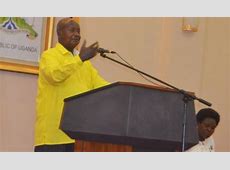 Sources have revealed that the meeting will be held at State House Entebbe at around 4:00pm to build a consensus on how to vote on the amendment that is before Parliament.

The controversial bill was tabled before Parliament for the second reading last week on Thursday and house was adjourned after the absence of the required quorum to take a decision.

It is reported that on that day, members of the NRM party were demobilized from entering the house to take a vote by Commissioner Peter Ogwang and the Minister of State for Finance, Evelyn Anite.

However, Nakaseke South Member of Parliament Lutamaguzi Semakula notes that the incident that happened last week in parliament where NRM mps where mobilized to fail the voting on mobile money tax was an indication that this arm of government is not independent.

Voting on the this Bill flopped last week after members failed to raise the required quorum of 154, only 97 MPs were in the house out of over 450 legislators and it is alleged that there key legislators in parliament who called on their fellows to move out of plenary when time for voting on the bill reached.

This as the NRM mps are expected to convene this evening at 4pm at state house Entebbe over the same matter that is likely to be voted on tomorrow in plenary sitting.

Now the Nakaseke South MP Luttamaguzi Semakula the main opponent of the tax bill and Manjiya County’s John Baptist Nambeshe have told the media at parliament that they are determined to fight on though are worried that their colleagues in NRM might be compromised by the president who they are going to meet today.

These insist that this tax should be thrown out of parliament and have vowed to fight and fail the tax.

In a new Excise Duty amendment Bill, the government wants to have the tax on Mobile money reduced from the current 1% on all transactions to 0.5 percent only on withdraw

The minority report opposing the tax was signed by three legislators including Semakula Lutamaguzi, Patrick Isiagi of Kachumbala county in Bukedea district and Moses Walyomu of Kagoma County in Jinja.