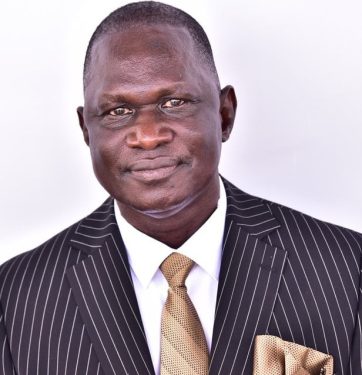 Members of parliament have mourned the sudden death of the Serere County MP Patrick Okabe who perished in a fatal accident together with his wife on the Mbale-Tirinyi road.

Legislators have hailed Okabe’s humility and friendly character that saw him leaving no enemies in the house.

The country woke up to the shock of the Serere County Member of Parliament Patrick Okabe dying in a motor accident.  The legislator was involved in a head-on collision with a Kenya truck registration number KCX 071K while driving with his wife, Christine Okabe, and driver to Kampala in his V8 Landcruiser registration number UBK 995F at Naboa along Mbale-Tirinyi road on Monday morning.

Okabe died on the spot while His wife also died while being rushed to Mbale Regional Referral Hospital. At parliament, the mood was somber as legislators mourned a colleague.

MPs spoke of Okabe as a very friendly and humble man who never held a grudge against anyone in the August house. They also hailed his humility.

Legislators from the Teso sub-region have commended Okabe who chaired the Teso Parliamentary Group in the 10th parliament. They hailed him as a bridge that united everyone in the region.

Okabe becomes the second member of the 11th parliament to die after the former speaker Jacob Oulanyah who passed on in March this year.  MPs have called upon the traffic police to tighten the enforcement of traffic rules in order to scale down road carnage during the festive season.

Some lawmakers have reiterated a call to the government to revamp the Railway transport as an alternative route for goods. They believe this will relieve roads from the congestion of big trucks that are prone to accidents.