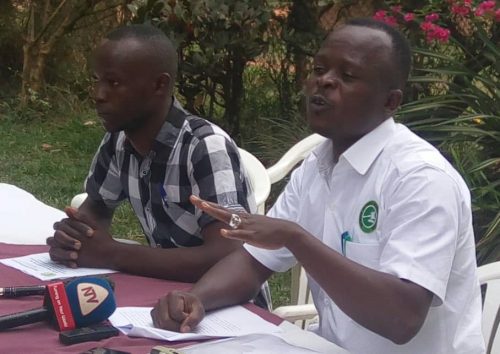 Lawyers under the organisation dubbed network of public interest lawyers have today come out to condemn the brutality that was unleashed to civilians during yesterday’s city protests by police and UPDF soldiers.

Speaking to journalist at Makerere, Arthur Nsereko the coordinator of the of the Network tasked the Director of Public Prosecution (DPP)9 to take a serious legal action against the perpetrators of acts of torture and cruel inhumane degrading treatment orchestrated on the people in Arua or else they will consider private litigation in that regard.

He adds that they have intensified investigation for evidence of brutality which will be used against individual security agent that were behind the the torture cases.

Lawyers also called upon judicial officers to exercise their independence by not entertaining prosecution of bruised torture victims in their courts like what happened in the in the Gulu Chief magistrate court where suspects were charged while bleeding.

“By continuing to entertain cases of victims of torture, courts are condoning grievous acts of torture” said Nsereko
END