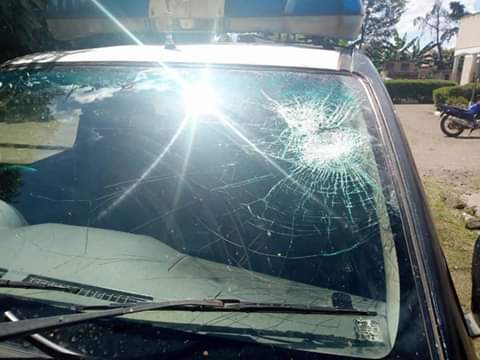 Kisoro Police vehicle was stoned last night at 3:00am while on a night patrol at Ruko street in Kisoro municipality.

Unknown boys hit the windscreen of the vehicle that had armed Police officers and UPDF .

The Kisoro community Liason officer Arinaitwe Boaz who was sitted in the car survived narrowly.

The thugs are suspected to be youthful opium smokers who usually attack unsuspecting people in Kisoro municipality.

The Kisoro police CLO warns Club goers to always be inside the club other than loitering on the road.

Only one Boy has been arrested as others remain on the run.

Members of the opposition in parliament have called upon parliament leadership to institute a select committee to investigate the new...