Judge Storms Out Of Sebuffu’s Case 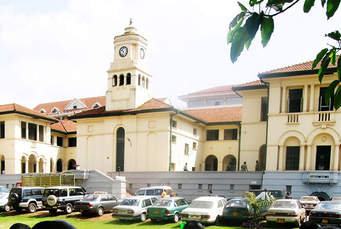 Kampala High court Judge Flavia Anglin Ssenoga storms out of Court after the Defense Lawyer representing Mohammad Ssebuwufu, the man accused of masterminding the alleged murder of Businesswoman Donah Betty Katushabe, insisted that he wanted to start with the defense of other accused persons, and not prepared to start with that of Ssebuwufu.

This angered Justice Ssenoga who informed Defense Lawyer Evans Ochieng that all the parties in this case, have been in Court since Prosecution started leading its evidence in December/2017, and there is no way he can fail to present Ssebuwufu’s defense as Accused number one.

The Judge also informed Ochieng of how her Court record was going to be distorted if she proceeds with other accused persons, without a sound reason as to why Ssebuwufu cannot present his defense first and today.

Ochieng then decided to consult the Prosecution team led by Alex Ojok, instead of giving the much needed reason to the Judge, which prompted her to ask his Clerk to hit the desk for her to get out.

The Lawyers in the case then followed the Judge to her Chambers, where she directed that the matter be adjourned before the Court Registrar, to December 4th, 5th, and 6th December/2018 which would probably be ample time for Ssebuwufu to prepare his defense.

The Lawyers then went to the Assistant Registrar Inspector of Courts Jamson Karemani who formally adjourned the trial to 4th, 5th, and 6th December/2018.

On 2nd/October/2018 Justice Ssenoga ruled that Ssebuwufu and Seven Others had a murder case to answer basing on the evidence of 26 Prosecution Witnesses, which required each of them to explain himself starting today.

They are alleged to have tortured Katushabe to death on 23rd/October 2015 over a 9mshs car debt she could not readily pay.

All this is said to have happened at Ssebuwufu’s Pine Car Bond on Lumumba Avenue in Kampala.