I Will Contest As An Independent MP -Acidiri 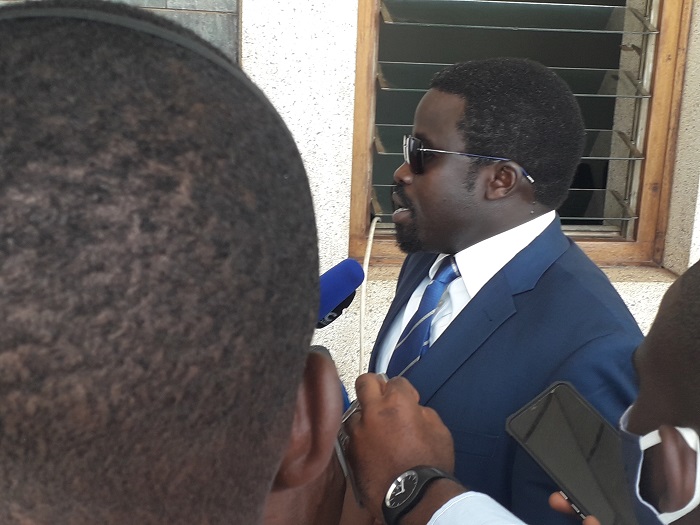 I Will Contest As An Independent  –  MP Acidiri

He told journalists at parliament that his decision to stand as an independent came from the people of Maracha, so that he can express their interests freely without being suffocated in the NRM party.

“Am sure those of you who have followed my political history very well in this 10th Parliament, will not be surprised, our disagreement with yellow bus emanates from whom power belongs, to the party or to the people, Article 1 of the Constitution states that power belongs to the people, so when you try to express the views of your people in a very honest and objective manner you become a victim in the party, you are tamed a rebel MP Acidiri noted’’.

Mr. Acidiri has been a Member of Parliament on the NRM ticket but his woes with the party started when he decided to vote against the lifting of the age limit which was against his party’s decision.

He said  MPs are supposed to represent the views of the people and not parties which he says has resulted in him being labeled a rebel at the party.

He said that NRM has been like a prison where he has not been allowed to express the views of his people and instead, they always want him to represent the views of the party.

On his decision not to join other Political Parties especially people power that turned into National Unity Party  (NUP) where he has been very active,  Mr. Acidiri said when he consulted the people of Maracha East County they are not aware of its existence.

The spokesperson of the National Resistance Movement (NRM)  party, Mr. Rogers Mulindwa said that Hon Acidiri is free to leave if he feels dissatisfied with the party, but hope one day he will return because where is heading there no hope.

He said though the National Resistance Movement (NRM) is a party that keeps bringing new entrants to the party, and there is also free entry and free exit.