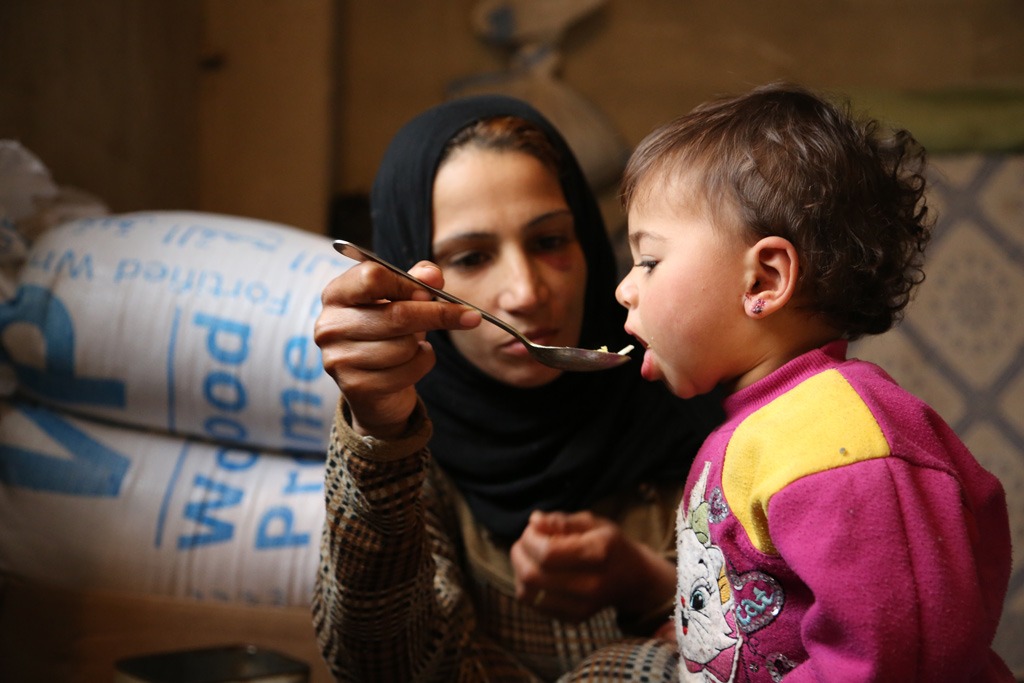 Food insecurity – or lack of access to enough food – continues to worsen in places torn by conflict, United Nations agencies reported Monday, listing Yemen, South Sudan and Syria among the countries most affected by acute hunger.
Highlighting the extremely critical importance of humanitarian support for affected communities, the report was generated by the Food and Agriculture Organization (FAO) and the World Food Programme (WFP ) as part of bi-annual briefings to the UN Security Council on food security.
Conflict is a common factor undermining food security in all 16 countries covered in the report, according to which the intensification of conflicts is a key reason behind the recent resurgence of world hunger levels, following decades of steady declines.
The 16 countries that are monitored are: Afghanistan, Burundi, the Central African Republic (CAR), the Democratic Republic of the Congo (DRC), Guinea-Bissau, Haiti, Iraq, Lebanon, Liberia, Mali, Somalia, South Sudan, Sudan, Syria, Ukraine and Yemen.
Among them, Yemen, South Sudan, Syria, Lebanon, CAR, Ukraine, Afghanistan, and Somalia have a quarter or more of the population facing crisis or emergency levels of hunger.
In Yemen, 60 per cent of the population, or 17 million people, are affected by acute hunger. These figures are 45 per cent, or 4.8 million, in South Sudan, 33 per cent, or 6.5 million, in Syria, and 33 per cent, or 1.9 million, in Lebanon – a country hosting large numbers of Syrian refugees.
But these are far from being the only countries flagged as cause for concern.
In the DRC, where serious food security concerns have been overshadowed by crises in other parts of Africa, the situation is rapidly deteriorating, the report warns.
There, 11 per cent of the population is now in the crisis phase or above, adding up to 7.7 million people who are coping with acute hunger.
In Sudan, 3.8 million people are in the crisis phase or above. In Iraq, that figure is 3.2 million while in the Lake Chad basin, the number is 2.9 million people. In Burundi and Haiti, it is 1.8 and 1.3 million, respectively.
According to data released last October, the number of hungry people worldwide rose to 815 million people in 2016, up from 777 million the year before. The majority of the hungry, or 489 million people, live in countries wracked by conflict.