How Toilet Loans Are Improving Sanitation In Greater Masaka. 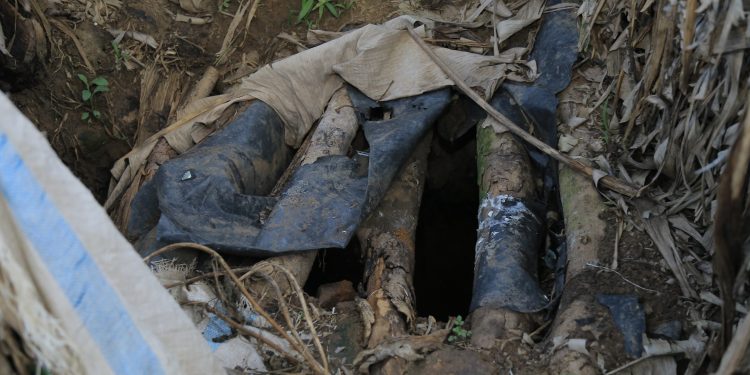 Due to the high levels of poverty among the rural population in the country, residents of greater Masaka have resorted to taking loans to construct improved latrines in a move to enhance sanitation and hygiene in their homes.

Many residents in greater Masaka are existing without latrines and many are either sharing or using facilities which are not up to standard which pauses a great threat to people’s health and lives.

In Buyaga -Kyanamukaka is Nakibule Benah and Namujumbi Sylvia a resident of Cell-1 in Lyantonde both latrine loan beneficiaries reveal that the toilets they had before acquiring the loans were dangerous to their lives and very unhygienic to their health.

They further state that due to biting poverty they could not afford constructing improved latrines but only to dig pit holes and place huge logs to stand on when nature called. To them, the old toilets were very dangerous to the kids and adults during rainy seasons.

Nakibule and Namujumbi who learnt about sanitation loans offered by Rural development foundation (RDF) in support with sanitation for health activity a USAID funded project with open arms openly took them to have improved toilets in their homes for better sanitation and hygiene.

Speaking to Kiwanuka Godfrey one of the masons trained to construct improved toilets reveals that the new technology used to construct a SATO latrine is almost 50% cheaper compared to the traditional toilet construction methods.

Annette Ssali, the deputy CAO and district health officer for Bukomansimbi Nzanzu Remigio confirm that the introduction of the project in the district has seen a huge increase in latrine coverage in the past two years to 32% translating into a reduction in sanitary disease among residents.

The district officials state that over 500 households in Bukomansimbi are now having improved toilets attributing it to the project which has seen many residents shift away from open defecation.

Now Bryan Kawuki the business coordinator at Rural development foundation reveals that they offer toilet loans ranging from UGX.500,000 to UGX.1 Million for residents to construct improved toilets with SATO technology and have registered 100% loan payment.

In Uganda there is varying Statistics on toilet and sanitation coverage from UBOS, ministry of health indicating over 75% toilet coverage but information from other sources reveal that 7% Uganda’s households don’t have toilets but instead have holes and basing on the UN standards, statistics indicate that toilet coverage in Uganda stands at 19%.

NUDIPU Appeals to Government to Consider People With Disability For Covid-19- Vaccination By Admin The National Union of Disabled Persons...