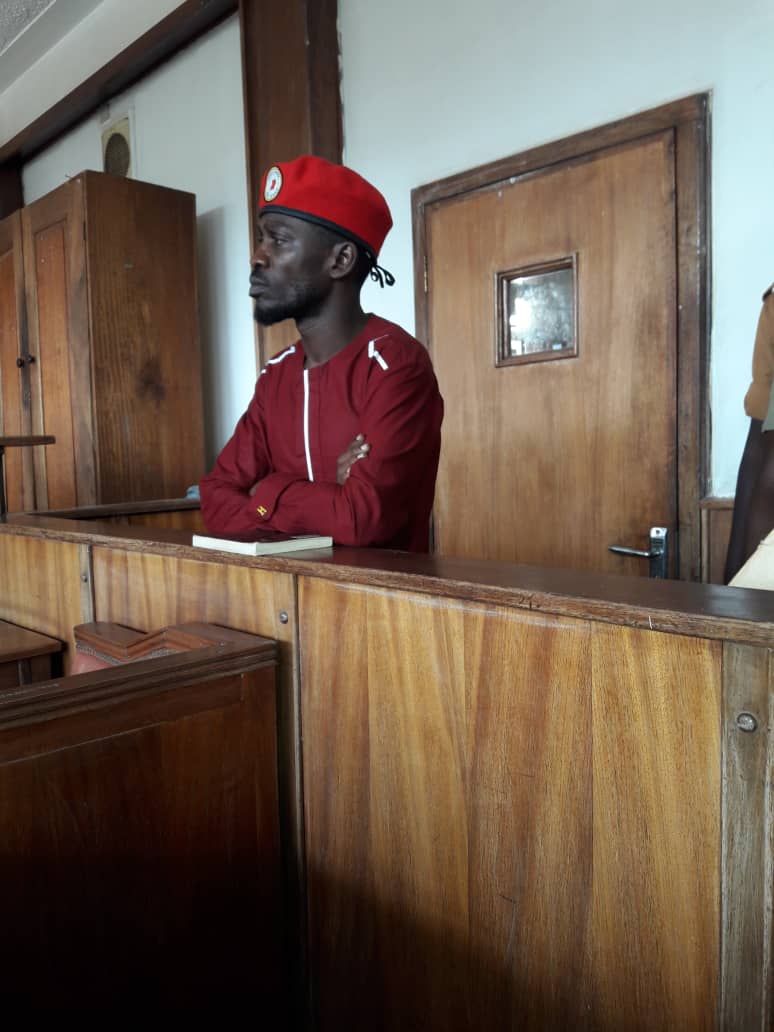 Kyadondo east member of parliament, Hon. Robert Kyagulanyi Sentamu has been charged before Buganda road court with a 2018 case of disobeying statutory orders and remanded to Luzira prison till 2nd May 2019.

Grade one magistrate Esther Nahirya who heard Hon. Kyagulanyi’s case today was forced to halt the session for 40 minutes to get more assurance from police on the security situation at the court and later resumed business.

Hon. Kyagulanyi is accused by the state of inciting the public not to pay the then newly introduced social media tax of UGX.200 per day which most Ugandans felt was not fair.

Hon. Kyagulanyi entered court at around 3pm today in company of police officers from the Uganda police forces.

Earlier today, Hon. Kyagulanyi was arrested and driven to Nagalama police station where his supporter started rioting calling for his release. This forced police and other security organs to fire tear gas to disperse the rioters.

The riots were not only witnessed in Nagalama, even in some parts of Kampala where rioters had to burn wood in the middle of the roads (Bombo road-Kubiri roundabout) and here police plus the army were seen engaging in running battles with the supporters.

Up to 1pm, today police was still present at Kubiri with the army patrolling the areas of Kubiri, Mulago and Kalerwe in the suburbs of Kampala to ensure that no more riots emerge.