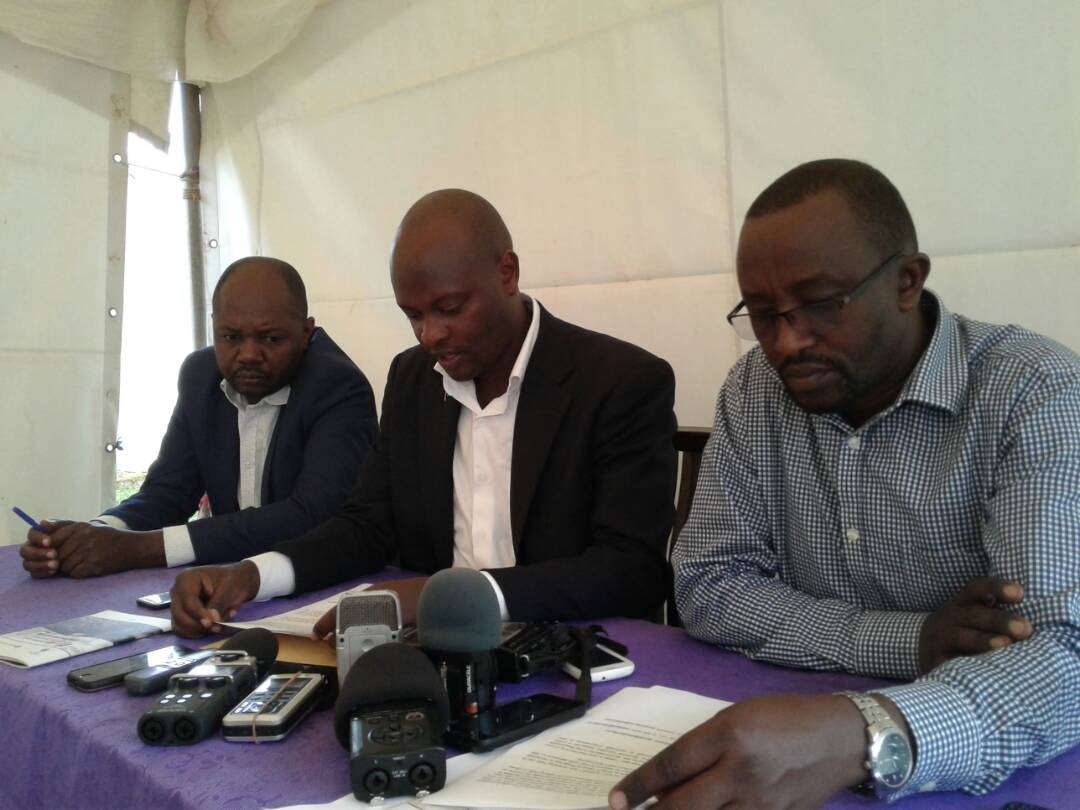 After employing over 250 children in its mines in Harugongo– Kabarole district for over a decade, child labour and rights activists are now putting pressure on HIMA cement demanding that it provide support to the children it laid off who are not living a dangerous life.

Two years after the child scandal in Uganda was uncovered, LafargeHolcim and its suppliers have done nothing to help the former child labourers and now Twerwaneho Listeners club together with HURINET-Uganda are reminding the cement group at today’s general assembly in Switzerland to finally assume its responsibility since it employed these children for long depriving them of their right to education among others hence the current sorry state they are in.

Gerald Kankya, the executive director Twerwaneho listener’s club says, following a huge report released last year on the inhuman act by the company against the children, they laid off their work force but challenged the club to produce evidence that they once employed children before they would support them.

Kankya says evidence has been provided from 150 former child labourers but to their dismay, nothing has been done to help support the children.

However, the programme and advocacy officer, HURINET-Uganda, Patrick Tumwine wants the Ugandan government to always enforce both global and national laws which provide full protection to children against labour.

He further points out the UN convention against child labour, saying it compels such companies to compensate or support affected children even when they have been laid off.

Currently most of these children are living a sorry life with not skills to themselves which they can use to participate in any job that would earn them some money to better their lives with one now in jail.

In accordance with Sec.32 of the Employment Act 2006; Sec.2-4 of the Employment Regulations 2012 provisions of this Act, a child under the age of 14 years may not be employed except for light work carried out under the supervision of an adult aged over 18 years and work which does not affect child’s education. Light work is the work which is not harmful to a child’s health; not harmful to child’s development; not prejudicial to child’s attendance at school; not prejudicial to child’s participation in vocational training; and not in excess of 14 hours per week.

A child must undergo a medical examination before engaging in any job and then after every six months. Before hiring a child between fifteen to seventeen years, authorization from Commissioner is obligatory. Commissioner verifies child’s age; parental permission; prior instruction and training in the required job; availability and use of protective clothing and a medical certificate before authorization. Employer must also maintain a register as prescribed in the schedule 5 of the employment regulations.