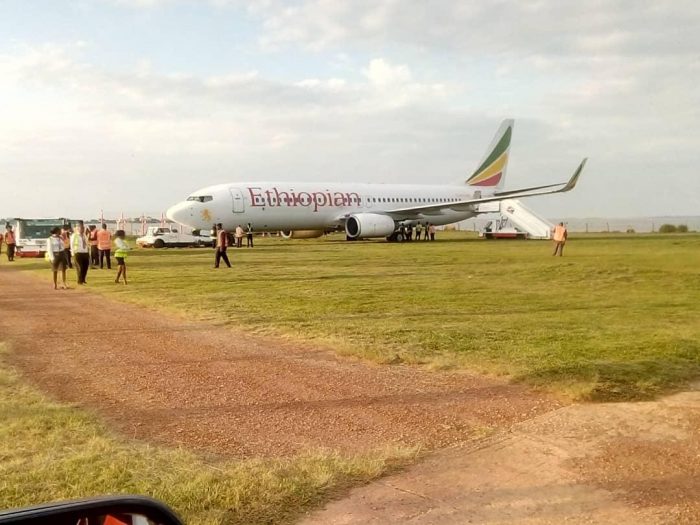 The Ministry of Works and Transport has instituted a team to investigate the cause of an Ethiopian Airlines aircraft to skid off the runway at Entebbe International Airport.

On Thursday morning, an Ethiopian airlines flight number ET 338, a Boeing 737 – 800 skidded off the runway by a few meters while landing at Entebbe International Airport, causing panic among the passengers.

The incident has also led to delays in flight times for all other planes that were due to leave Entebbe. However, inbound flights to Entebbe airport later resumed.

Monica Ntege Azuba, the Minister for Works and Transport, says that a team from the Civil Aviation Authority-CAA, Ethiopian Airlines and aerospace engineers will conduct investigations to establish what caused the aircraft to crash land.

Alfred Wanyama, a flight engineer at the CAA says that factors that usually cause aircrafts to skid off the runaway are as a result of negligence of the pilot.

Rise UP Against Crime -Deputy Speaker