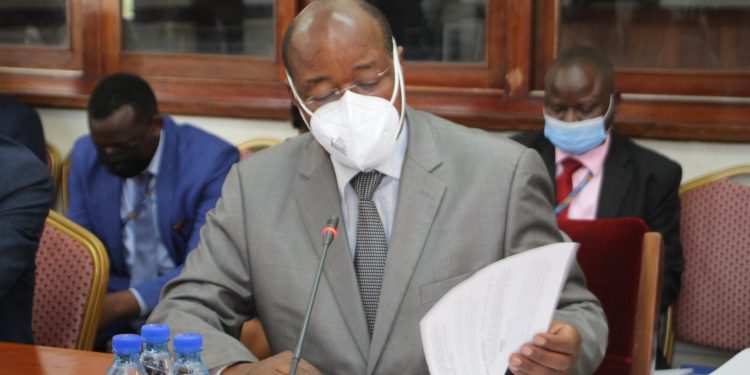 The ministry of finance has today tabled the final Budget estimates for the financial year 2022/ 2023 quoting the budget at Shs47 trillion. Over Shs1 trillion has been allocated for the full operationalization of the Parish Development Model.

Government has also tabled before parliament nine Tax amendment bills to streamline tax administration in the 2022/2023 financial year. No new tax proposals have been introduced but new measures to smoothen the administration of existing taxes.

The Minister of State for planning Amos Lugoloobi has today tabled the Appropriation Bill 2022 with the final Budget estimates for the financial year 2022/23 indicating a sharp increase in the budget from Shs43 trillion that was quoted in the Budget framework paper that was adopted by parliament to Shs47 trillion. Lugoloobi explains why.

The Minister explains that the massive Investment government has injected into oil exploitation and money provided for increased the salaries of scientists have contributed to the increased budget.

Lugoloobi revealed that the government has earmarked Shs 1trillion to fully operationalize the famous Parish Development Model, which is seen as a magic bullet to achieve socio-economic transformation.

However, the government’s hope to finance the increased budget largely depends on more borrowing. Lugoloobi anticipates additional borrowing of over Shs1.7 trillion.

Meanwhile, the government has tabled seven tax bills in parliament today with no new tax proposals involved. The minister of state for finance Henry Musasizi explains that the focus is on streamlining tax administration to ensure that revenue mobilization is boosted.

However, the government has rejected the public outcry to waive off some taxes on Common user commodities to address the current escalating prices for household commodities like Soap and cooking oil.

This has frustrated MPs and vowed not to pass these tax bill amendments if the tax on raw materials that produce soap and other products is not harmonized.