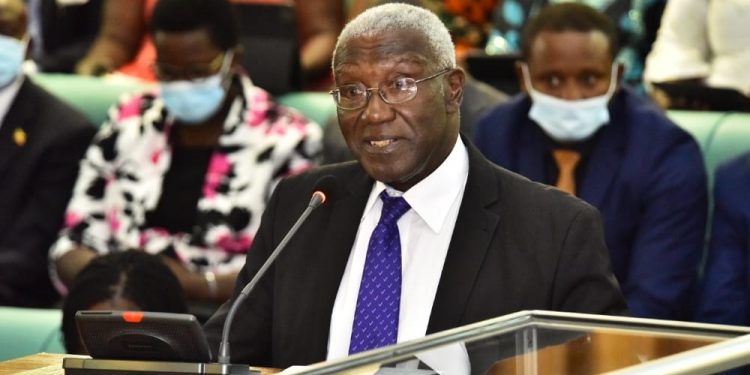 The Minister for Tourism, Wildlife and Antiquities, Hon. Tom Butime, has confirmed that the Wildlife Fund will be operationalized by 01 October 2022 to commence compensation of victims of human-wildlife conflict.

He said this during a plenary sitting chaired by Deputy Speaker Thomas Tayebwa, on Wednesday, 24 August 2022.

The revelation is in response to a matter raised by Namayingo County South MP, Hon. Michael Wanyama on 11 August 2022, relating to destruction of crops in Namayingo district by hippopotami and the attendant risk of food insecurity in affected communities.

The scheme provides for compensation claims for human death, injuries or damage to property caused by a wild animal outside a protected area, as provided under Section 83 of the Uganda Wildlife Act, 2019.

The minister said that since the enactment of the Act, Uganda Wildlife Authority has put aside 2 per cent of its revenue that constitutes part of the funds to support the scheme.

“These funds have to date, accumulated to over Shs900 million. Other sources of funds to this scheme include appropriation by Parliament which we are yet to benefit from,” Butime said.

He also told the House that the Wildlife Compensation Verification Committee responsible for verification of claims has been fully constituted and will commence work soon.

The minister attributed cases of human-wildlife conflict to human encroachment on land formerly halting wildlife, for purposes of agricultural expansion, which he said has displaced many animal species.

He cited crocodiles and hippopotami as the species with highest incidences of human-wildlife conflicts, due to over fishing and opening up of wetlands for farming purposes.

“Uganda Wildlife Authority created a human-wildlife conflict response unit that has been trained in the capture and translocation of problem crocodiles. In Namayingo, a total of 10 problem crocodiles have been moved from Lugaga, Bumeru, Dolwe and Malongo,” said Butime.

However, the recent rising levels of Lake Victoria have affected the effectiveness of the cages which have been flooded.

Hon. Agnes Taaka (NRM, Bugiri district Woman MP) tasked the minister to generate a list of persons affected by human-wildlife conflict, who will benefit from the compensation scheme.

“Those who are to benefit should be known, otherwise after the fund is operationalised, it might end up benefitting other communities who are not affected,” Taaka said.

“I understand that there is a procurement process to fence the national park. The concerned ministry should expedite this process. I also pray that the affected people are provided with food items,” said Kinshaba.

Hon. Cecilia Ogwal (FDC, Dokolo district Woman MP) urged government to engage in high level sensitization of communities on how to live alongside the wildlife.

“We should invest in community protection and sustainability, as well as fencing, so that we can have preventive measures in place,” she added. 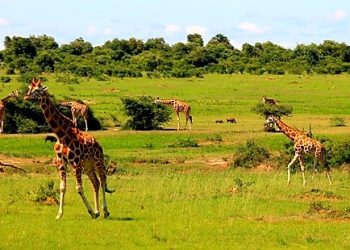