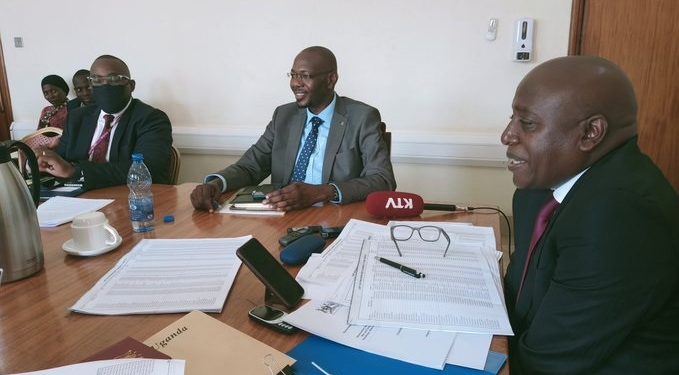 20727 War Debt Claimants have so far been paid up in the ongoing livestock compensations in subregions of Acholi, Lango, and Teso.

This has been disclosed by the deputy attorney general Jackson Kafuuzi to the Government Assurances committee of parliament noting that government requires to the tune of Shs2tn to compensate all war debt claimants across the country.

On March 26 this year while in Soroti City President Yoweri Museveni launched compensation for war debt claimants in sub-regions of Acholi, Lango, and Teso.

While appearing before the parliamentary committee on government assurance to give a progress report, Deputy Attorney General Jackson Kafuuzi noted that 20727 livestock Claimants have been paid so far from 29 districts of the three sub-regions.

People have been compensated for 1 to 50 cows at a cost of 1,050,000 million per head
Sh50bn that was released in the financial year 2021/2022 by the ministry of finance has been spent. Kafuuzi note. that government requires a budget of over Shs 2 trillion to compensate all war debt Claimants across the country.

In the same vein, Kafuuzi assured other regions that all is not lost because the government plans to roll out compensations in regions of Karamoja, West Nile, Sebei, Bukedi, and Busoga that were equally affected by the insurgence.

However Legislators especially those from the three benefiting sub regions have disputed the Attorney General’s report, saying most of their people have not been paid a single penny despite pushing for these payments for decades.

Legislators from other sub regions like Buked and Luweero also went up in arms, questioning the criteria that were used by the government to prioritize Acholi, Lango, and Teso yet their areas suffered the same wrath.