GOVT FAILS TO RECRUIT OVER 4700 TEACHERS THIS YEAR 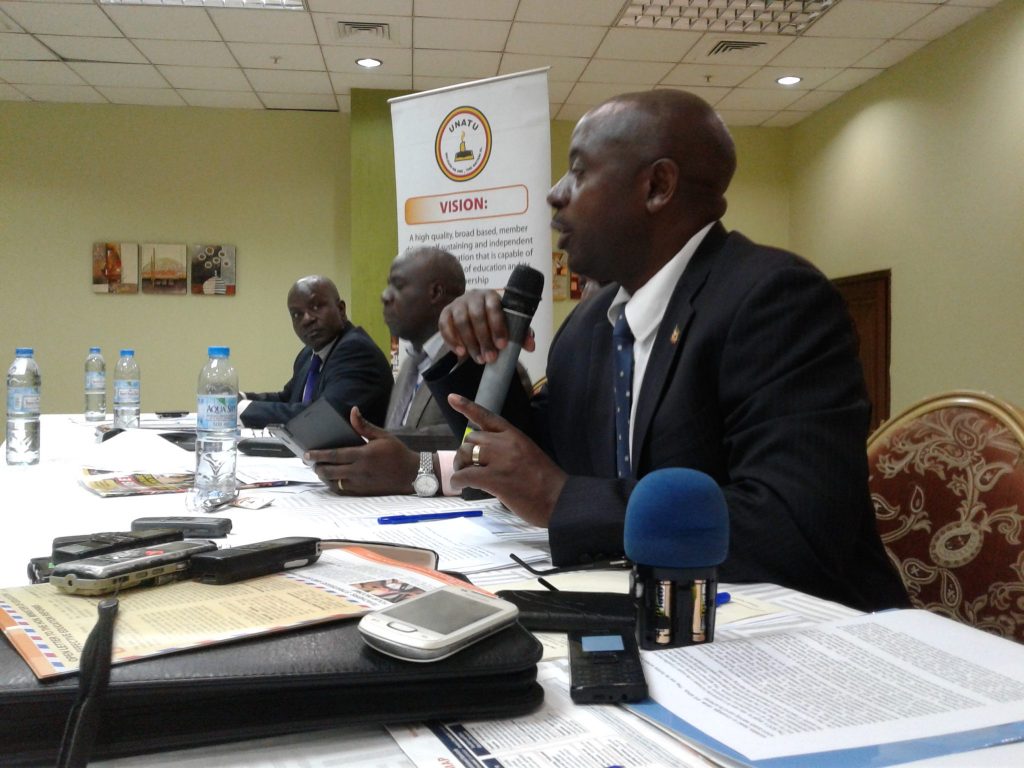 Both primary and secondary schools in the country will continue to operate with insufficient teachers as again the education ministry fails to recruit over 4700 new teachers to beef up the existing numbers in schools.

The permanent secretary education ministry, Mr.Kakooza reveals that they needed only UGX.48Bn to support the exercise this financial year which monies were not released by the finance ministry in the budget leading to the halting of the exercise and now hope that next financial year to be given money to recruit.

However, the head of human resource at the ministry, Herbart Kiguli notes that the country faces a teacher gap of over 40,000 in secondary schools and 60,000 in primary schools adding that if this goes un attended to then the education standards are to face huge problems.

UNATU general secretary James Tweheyo sight a good example in Sembabula at Sembabule primary school where there is a gap of 16 teachers which has for long now hindered services at this very school adding that many other schools are facing the same challenge which needs urgent attention if the country is to improve its education standards.

However, the teachers are decrying the continued failure by education ministry to always appoint a teacher to represent the rest in various education bodies that are influential in decision making for the sector.

The teachers say that the country has a number of bodies or departments right from the district level that make key decisions for the sector but teachers are not having any slot in any of these departments which according to the teachers has seen policies and plans that really don’t have direct impact to the sector and the beneficiaries which explains the continued poor performance of the sector.

Now the general secretary of the teachers union, James Tweheyo wants govt always to consider appointing teachers on each and every department in the sector for better policy formulation that will yield results.

He further advises govt to refocus the students’ loan scheme to now technical institution away from universities saying students in technical like, vocational, nursing, para medical institutions are always from not well off families and always go through poor secondary schools compared to those who go to universities, hence the need to be funding to attain their respective goals

However, the country programme coordinator at UNESCO, Victoria Kisakye Kanabe cautions Uganda to consider improving teacher quality through enhancing their welfare, meeting the required number of teachers in schools across the country if Uganda is to attain SDG4.

The country now has only a handful of 18,000 teachers that serves millions of pupils and students which according to the experts is one of the factors contributing to poor educational standards in most schools across the country.