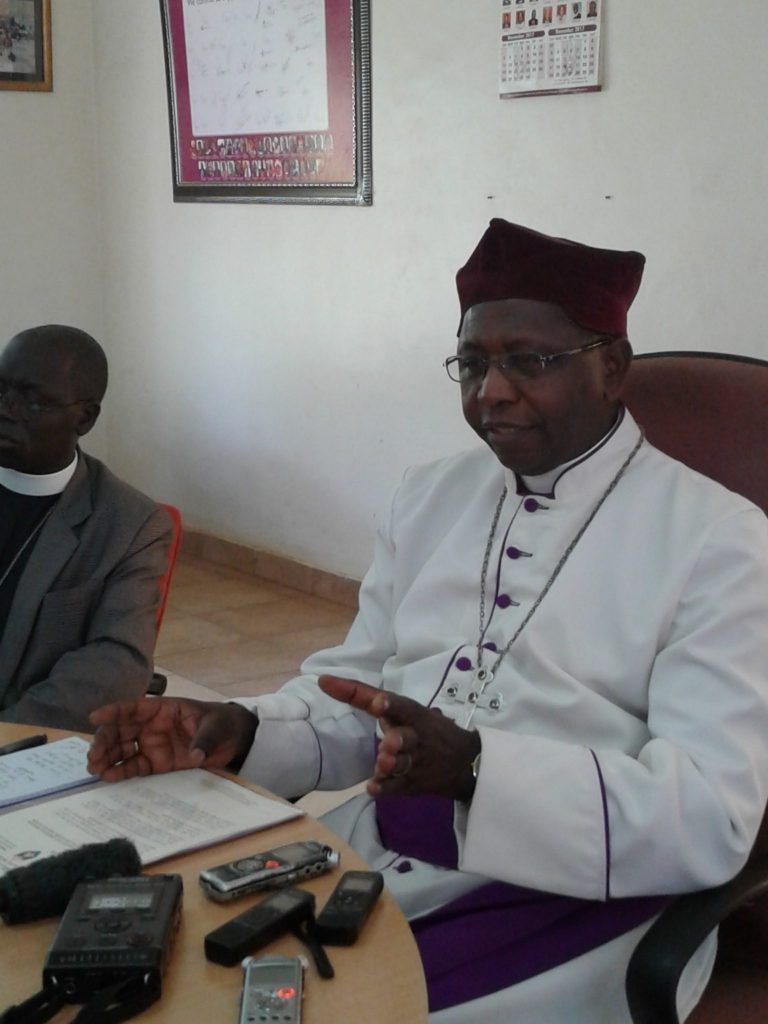 The Uganda joint Christian council  is disappointed by government decision  to allow the amendment of the constitution through a private members bill saying this makes Ugandans irrelevant when it comes to national decision making.

The council had asked government to set up a constitutional review commission to collect all the changes Ugandans want to be made in the constitution and be dealt with as it was done during the making of the constitution in 1995.

The chairperson of the council Stanley Ntagali says that it is regrettable that the proposal they shared with many Ugandans was not considered saying the approach that was taken by government is retrogressive and robs the constitution of its per-eminent status. The way government is handling the age limit matters is not in national interest and the council warns members of parliament to very much think about the future of this nation and not to be selfish.

It should be remembered that in September parliament accorded leave to the Igara west member of parliament Raphel Magyezi to introduce a private members bill to amend the constitution and its a matter of time before the  report from the legal and parliamentary affairs committee on the bill is debated.

Ntagali also in his christmas message as the archbishop of the church of Uganda has declared a week of fasting in this festive season to assist the country overcome the political anxiety in the country.

Ntagali says that fasting will start next week on 18th to the 24th of December with the intent to pray to God to bestow for the government, mps and opposition groups the wisdom and guidance to harmoniously govern the country.

The archbishop also expressed concern that the country is very fast moving into the state of godlessness and perverse disregard of human life and dignity. Hence the strong call made by the archbishop for every Ugandan to pray for the nation, church leaders, political leaders in the country to excellently perform their duties without fear.

Ntagalai further gave biblical reading from (2 Chronicles 7:14) which says, that if my people, who are called by my name, will humble themselves and pray and seek my face and turn from their wicked ways, then will I hear from heaven and will forgive their sin and will heal their land.

He also reminds all church of Uganda bishops to observe the ban on the making of lay and clergy canon, which he says was resolved at the 23rd provincial assembly in August 2016, warning that any installations of canons after August 2016 are considered illegal.

First Lady Janet and President Yoweri Kaguta Museveni hosted guests to the annual Thanksgiving Service at State House, Entebbe under the theme "Blessed are the peacemakers for they shall be called children of God".