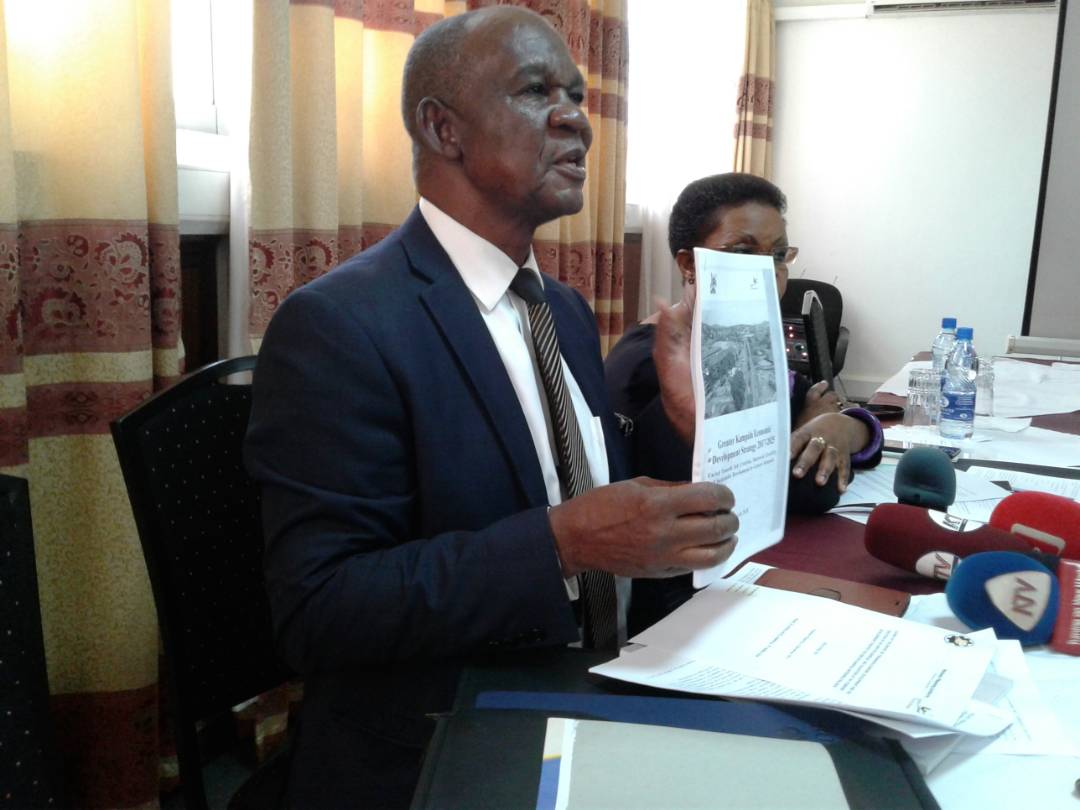 Govt through national planning authority and the kampala minister is making it clear that greater kampala metropolitan area is not aimed at taking away powers from the neighboring districts of Mukono, Mpigi and Wakiso  as well as extending kampala boundaries as claimed by Mukono municipality MP who also doubles as the shadow minister for local govt, Betty Nambooze Bakileke.

Speaking to journalists today at NPA offices in Kampala today, the chairman NPA, Hon. Dr.Kisamba Mugerwa says, the problems affecting Kampala are not from the city but are from satellite cities of Mukono, Mpigi and Wakiso and hence the need to have in place the greater kampala metropolitan development strategy that will be manned by an authority to harmonize development.

Among the four strategic plans to be implemented by the authority under the metropolitan strategy include, infrastructure development, tourism promotion, job creation for economic growth among other social and economic programmes geared at harmoniously growing the four districts but not extending boundaries of Kampala.

Kisamaba also says, the strategy is an initiative of the World Bank which it deems feet would foster faster growth for the country.

However, Kampala minister,Betty Kamya says the metropolitan authority is well spelt in the KCCA Act section 22 and 26 with the current amendments in the law not seeking to scrap off political powers from the political wings of these respective governing areas or districts but seeks to harmonize planning for faster growth and development.

Nambooze yesterday while addressing journalists at parliament sounded loud alarm bells over the plan saying, it’s a new strategy by govt to scrap political leadership in these areas and at the same time grab Buganda land in these areas that it views having economic potential.

A Three Day Fitting in The Shoes of The Leader of Opposition! How it Was For Obongi County MP Hassan KAPS Fungaroo? He Speaks Out…