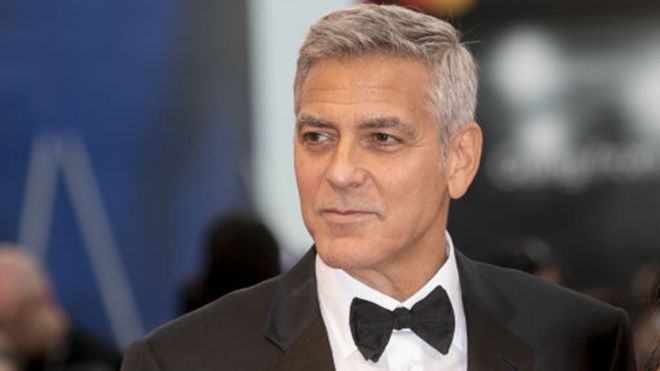 Hollywood star George Clooney was taken to hospital after suffering minor injuries in a collision involving his scooter and a car.

The accident happened in Sardinia where the US actor is filming his latest TV series, Catch-22.

An official at Sassari town hall confirmed to the BBC that Clooney had been involved in a ‘minor accident’ but had no serious injuries.

She added that he had now been discharged from hospital.

It’s thought the incident took place around 08:00 CET as he was leaving his hotel in Costa Corallina in the north of the island.

Italian news agency ANSA and local newspapers report the star was taken by ambulance to the A&E of the John Paul II hospital in Olbia.

Clooney has had a home on the Italian mainland, on Lake Como, for many years.

He has long had an affinity with Italy. He is a frequent visitor to the Venice film festival and wed his wife Amal in the city in 2014.
Image copyright PA
Image caption The couple attended the wedding of the Duke and Duchess of Sussex

Amal, a human rights lawyer, gave birth to twins, Ella and Alexander, in 2017.

Clooney is an Oscar-winning actor, known for roles in films such as Ocean’s 11, Up in the Air, Michael Clayton and O Brother, Where Art Thou?

Clooney and his family are thought to be have based themselves in a villa in San Teodoro in Sardinia while Clooney has been filming Catch-22.

However, the star was staying in a hotel for the night in nearby Costa Corallina to be closer to the set, when the accident happened.