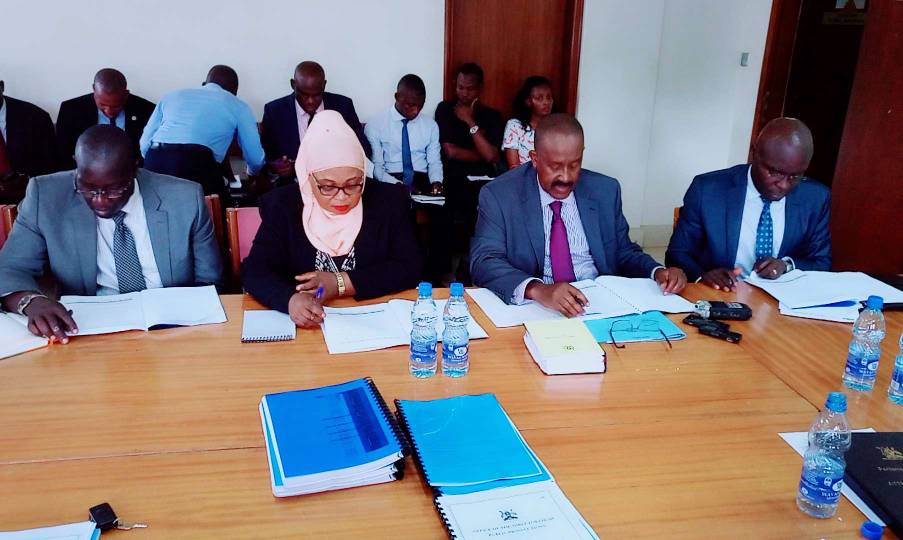 he government has not provided funding for a referendum on the extension of the presidential term of office from the current five to seven years. At least 263 billion Shillings is required by the Electoral Commission to conduct the referendum in the financial year 2018/2019. The need for a referendum arose out of constitutional amendments that were approved by parliament in December 2017.  They included the extension of the term of office for all elective positions from five to seven years and lifting the cap on the presidential age. Although the decision was finalized for legislators and local government leaders, the extension of the presidential term, requires approval from the rest of the population. President Yoweri Museveni assented to the Act days after it had been passed by the 10 Parliament.But, despite the ongoing Constitutional Court battle challenging the amendments, the Electoral Commission is seeking an allocation of 263.4 billion for a possible referendum.EC chairperson, Justice Simon Byabakama told the Legal and Parliamentary Affairs Committee of Parliament that the money is not catered for in the next financial year’s Budget. Byabakama had appeared to present the commission’s budget for the coming financial year 2018/2019. According to the Electoral Commission, the required money will enable them fund activities such as printing ballot papers and sensitizing voters among other electoral activities.A referendum is provided for under Article 225(1) of the Constitution, which directs that Parliament shall by law make provisions for the right of citizens to demand the holding by the Electoral Commission of a referendum, whether national or in any particular part of Uganda, on any issue.Meanwhile, besides the funds sought to prepare for the referendum, the Electoral Commission also seeks another 13.39 billion Shillings to conduct general election activities ahead of the next general elections.“It was earlier approved that the Commission conducts its General Election activities in a phased manner in 3 financial years. The first phases of Demarcation of Electoral Areas and Re-organization of Polling Stations should start in the financial year 2018/2019. This will not be achieved without the provision of funds.” said Byabakama.

Ministry of Health Set to Roll Out Oral Cholera Vaccine

Ministry of Health Set to Roll Out Oral Cholera Vaccine

Empower women to improve their visibility in leadership – Kadaga