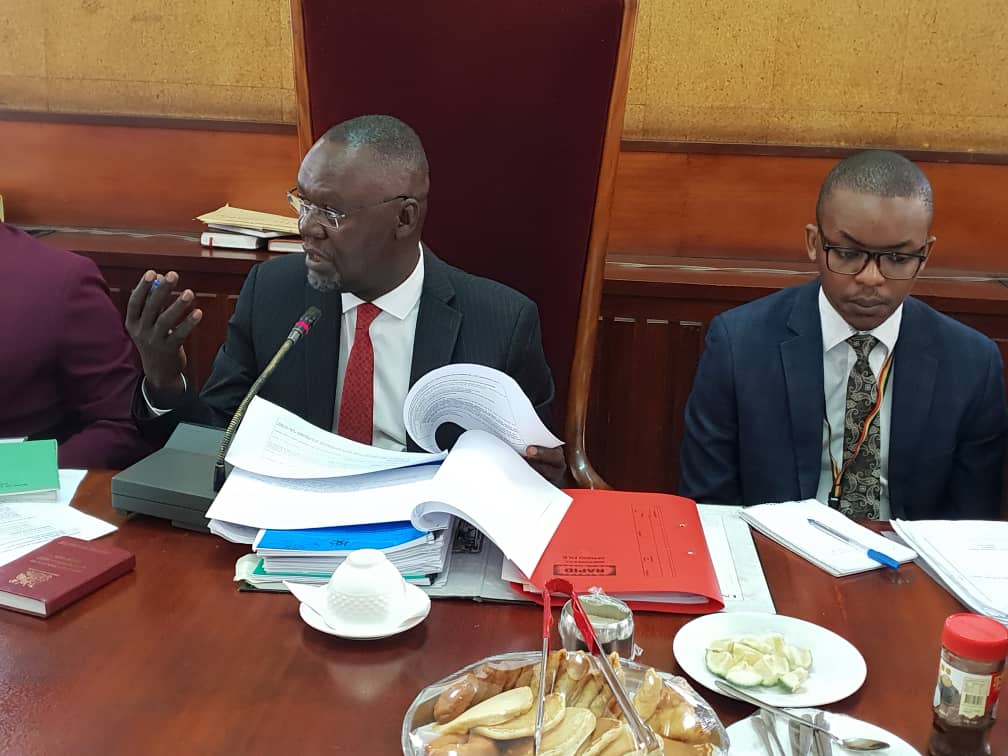 Drama ensured before the COSASE committee as  Rubaga north member of parliament Moses kasibante accused the current leadership headed by Bugweri county mp Abdul katuntu of plotting  his leadership to  stay beyond required time in office.

Kasibante told today’s committee sitting in presence of bank of Uganda officials  that katuntu and his deputy went to the speaker of parliament and asked for the committees’ extension while knowing its leadership was changed.

Kasibante noted that though katuntu leadership is denying the plea for extension of their stay as leaders of this committee to the speaker but the speaker indicated it’s the katuntu group that asked for this .

However,   katuntu admitted meeting the speaker to brief her on the progress of the bank of Uganda probe on the closure of seven banks and told her that her that the committee would not complete the investigations before his leadership term of office expires on 13th this month.

COSASE chairman Abdu Katuntu and his deputy Anita Among were required  to hand over office to Kawempe MP Mubarak Munyagwa and Rubaga North’s Moses Kasibante on January 13 but the speaker extended the committee life to 20 the February to  allow the completion of the probe, a thing that has annoyed the Leader of the Opposition.

Katuntu also quotes section 157(8) of the rules of procedure, which state that members are designated by their party whips and announced in parliament by the speaker before taking up the positions.

He further asserts that the speaker has not made any announcement. And reveals that he is not dying to be chairperson and will hand over according to the procedure of parliament.

COSASE is currently investigating the closure of various commercial banks in the country among them being, Tefe, Green land bank, Cooperative bank, Uganda commercial bank, Crane bank and others by the central bank.