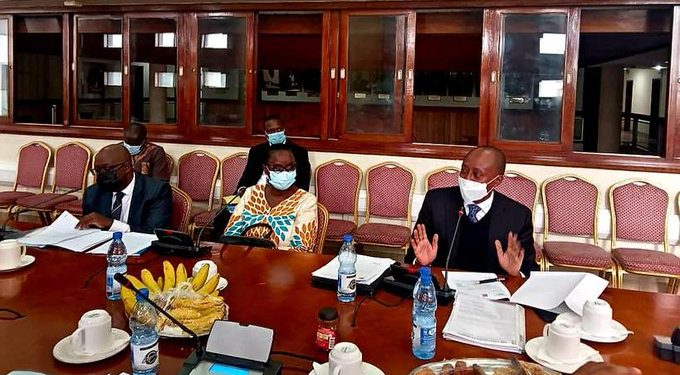 Mbarara North Division MP, Hon Robert Mwesigwa Rukaari has been given a five days ultimatum by the Committee on Commissions Statutory Authorities and State Enterprise to provide evidence of the purchase of Nsambya railway land.

COSASE has also quizzed the proprietor of Mestil hotel in Nsambya on how she acquired the land.

Rukaari who was appearing before the committee today,  shocked legislators when he said that he had forgotten the bank he used to pay for the purchase of three plots of Uganda Railway land in Nsambya, but also said that didn’t have receipts as proof of payment.

As a means to re-capitalize URC which was struggling at the time, the Government decided to give parts of its land of 57 acres in Nsambya and Kibuli at 69.5 billion shillings, however, 10 years later this money has not been received by URC.

Now as COSASE probes into the whereabouts of the money, it has emerged that some beneficiaries have not paid the money.

Rukaari acquired the three plots of the URC Land in port bell and Mulago at a total of 357 million shillings in 2009.  But he only presented the receipts for the payment of 10% for the properties but couldn’t present evidence of payment for the rest of 357 million shillings paid for the purchase of the property. MPs faulted him that it is irresponsible for anyone to pay money and not get acknowledgment of pay.

The committee chairperson Joel Senyonyi has given Rukaari only five days to present evidence that he paid for the land.

Meanwhile, the committee also met with Jane,t Kobusingye the owner of Mestil hotel, and asked her to provide detail on how she acquired the land. COSASE  queried how the proprietor of Mstil hotel acquired 3.4 acres of land with 99 years lease yet her lease at Naguru Nakawa land which was canceled by the government was due to expire in three months’ time. She has been given five days to furnish the committee with relevant documents.