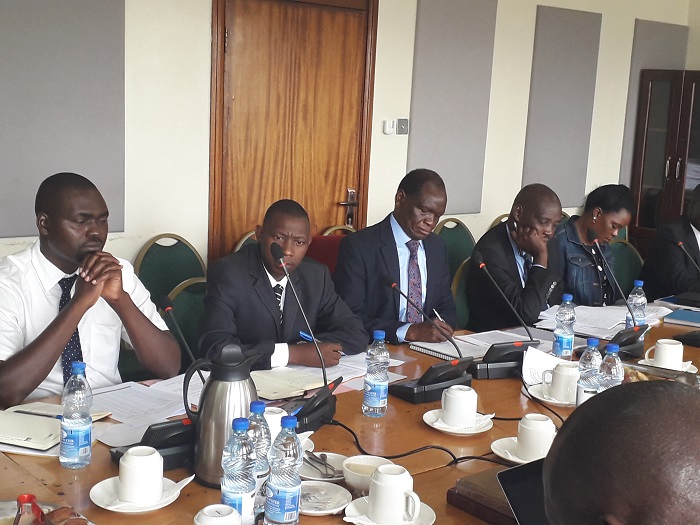 The construction of Gulu, Arua, Mbarara, and Mbale regional cancer centers shall cost the Government over two hundred billion shillings.

Dr. Orem was responding to concerns by MPs as to why 4 years down the road, the institute has not built any single regional center ever since The Cancer Act came into effect in 2016. Dr. Orem said the challenge of putting up the centers is the lack of resources.

Mafabi said that had it been budgeted for in the four years the four centers would have been constructed.

Dr. Orem said the (UCI) raised the budget for the centers in the last financial year in the ministry policy statement. He said if the regional centers are put in place, it will bring cancer services to the people.

On prevention, Dr. Orem said that UCI has gone throughout the country to train health workers to detect cancer cases.

“What we realized is that our training program for a very long time has not been emphasizing the issue of cancer, so, most of our health workers who graduate from medical institutions are actually not well prepared and a cancer case may take up to a year before A proper diagnosis can be made.

He said as a result of (UCI)  training health workers on cancer, there is now an improvement in the country, and in addition, UCI has produced materials that they can use to update themselves.

On maternal rate in the country, Dr. Orem said that 85% of the patients come from the countryside and 15% from within according to UCI demographics.

“Mr. Chairman and members when we talk about death rates in cancer in our country, we must recognize that we still have a long way to go, despite all the efforts we all put because the majority of our patients come with an advanced stage of cancer and with an advanced stage of cancer mortality is very high, so right now our mortality despite efforts are still high, but those who come early are getting better.

He said 85% of the patients come from far which is very challenging, therefore call on the government to look for funds to put the regional cancer centers as a priority.

He said the reason why the rate of cancer death is high in the country despite efforts, the institute has put to combat the situation is because of showing up when in late stages as a result of late diagnosis and long-distance.

Most of those who succumb, usually report late to UCI with stage 3 and 4 cancers.