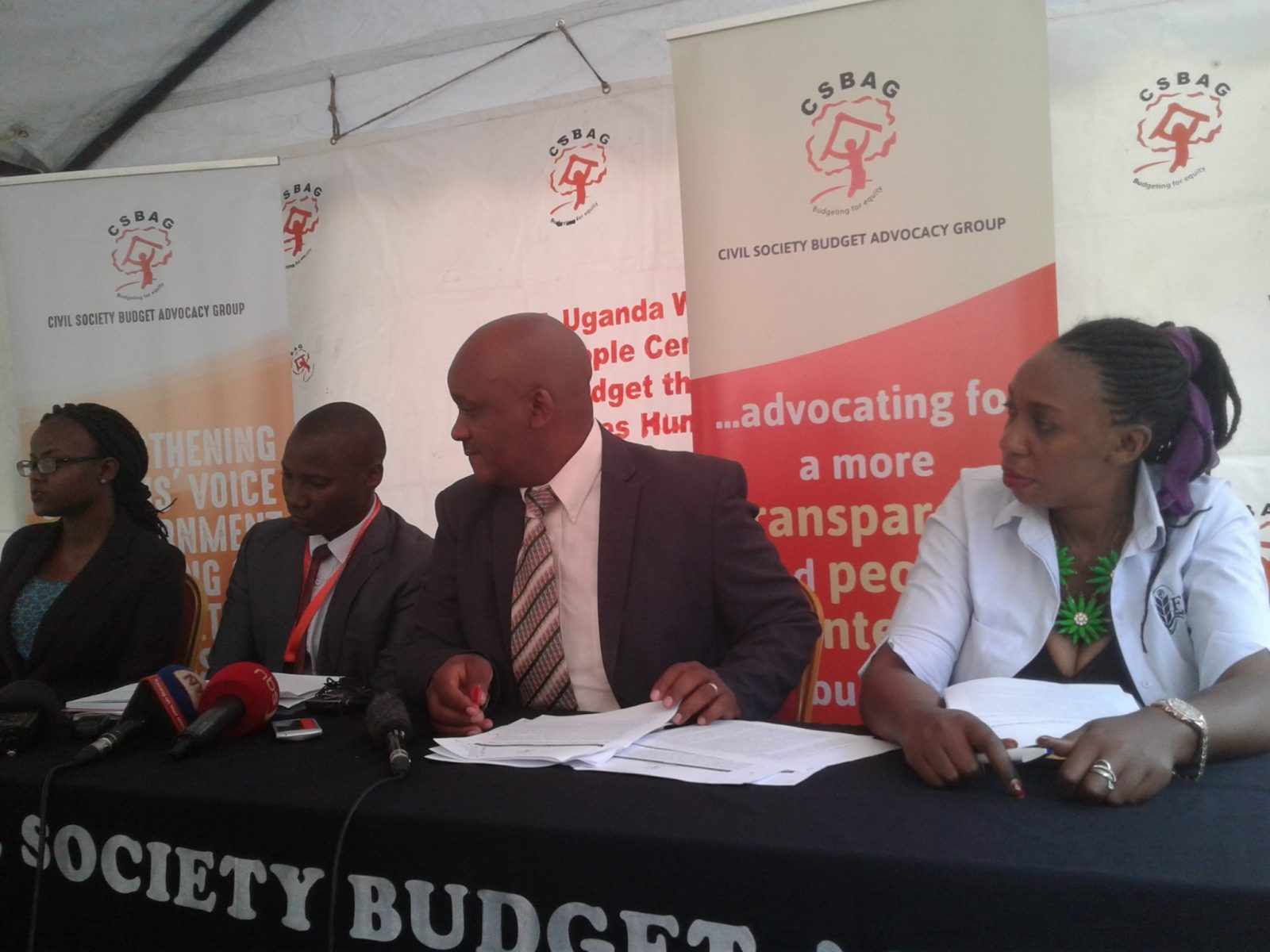 Budget advocacy CSOs under their umbrella body CSBAG are raising serious concerns over the continued and increasing govt external borrowing to finance the national budget saying this spells doom for the future of Uganda.

Addressing a joint press conference today in Kampala, the executive director, CSBAG Julius Mukunda says in the coming 2018/19 budget govt plans to pay interest rates to local and external loan obligations is projected to be UGX.2.7 trillion which accounts for 12.3% of the national budget making it the second largest proposed allocation in the FY 2018/19 budget after the works and transport ministry.

Mukunda states that this has a profound negative effect on the resource outlay as witnessed in the increased expenditure on interest payments from UGX.2 trillion in FY 2017/17 to now UGX.2.7 trillion which is steadily crowing out expenditure on the social sectors like health, tourism, environment, education among others.

However, Richard Ssempala from Uganda debt network emphasizes that with increased external borrowing to finance the national budget will gradually impact negatively to Uganda attaining her national development goals.

Still Sempala notes that currently parliament is having on its plate loan requests pending approval mounting to a tune of over UGX.400 billion questioning why Uganda is continuing to request for loans with most of them not fully utilized, with very short term payment conditions, putting the burden to the tax payers.

But the farmers under their body food rights alliance led by Agnes Kirabo says the projected allocations in the coming budget of UGX.863 billion cannot transform the sector in a bid to crack down food security at house hold level noting that this will also impact negatively on the labour productivity of the country as well as the education levels.

With a resource envelope of UGX.29.274 trillion and a projected gross domestic product growth target of 5.5% for the coming financial year, activists say that Uganda is unlikely to attain her aspiration to achieve a middle income status by 2020 and now advise government to rethink its approaches and come up with innovative measures to redeem the country’s growth prospects if Ugandans are to achieve a better life.

2017/18 national budget budget carried with it a resource envelope of UGX.29 trillion with the 2018/19 budget projected to carry UGX.29.24 trillion with Uganda having the lowest tax base in the region standing at 49% and this coming FY URA is projected to collect UGX.15.547 trillion.