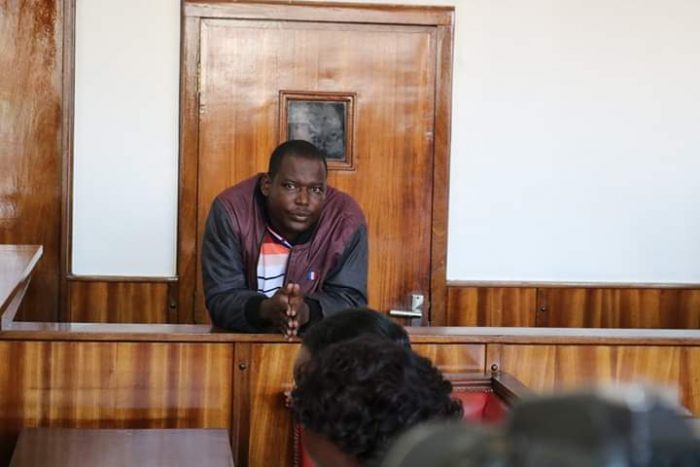 Bajjo Events and Promoter of Bobi Wine Music Concerts, Andrew Mukasa, is taken back to Luzira prison until  5th/July when Buganda road court will decide whether to grant him bail.

This after he denied charges of Offensive  Communication and inciting violence before Grade One Magistrate Stella Amabilis.

Court heard that Bajjo while using his mobile phone, recorded a video and posted it on social media alleging that he was to overthrow the government of Uganda before 2021.

Prosecution says the video not only contained inciting messages but also had no purpose of legitimate communication,  rather he did it willfully and repeatedly with an intention to disturb the peace and  privacy of the person of the President.

He is said to have committed  the alleged offence this month in various Districts of Masaka, Mbarara, Ibanda and Kampala.

Prosecution’s Patricia Cingtho has however objected to Bajjo’s release on bail on grounds that Bajjo is  likely to interfere with investigations , and may also continue with the alleged acts of inciting more violence if released.