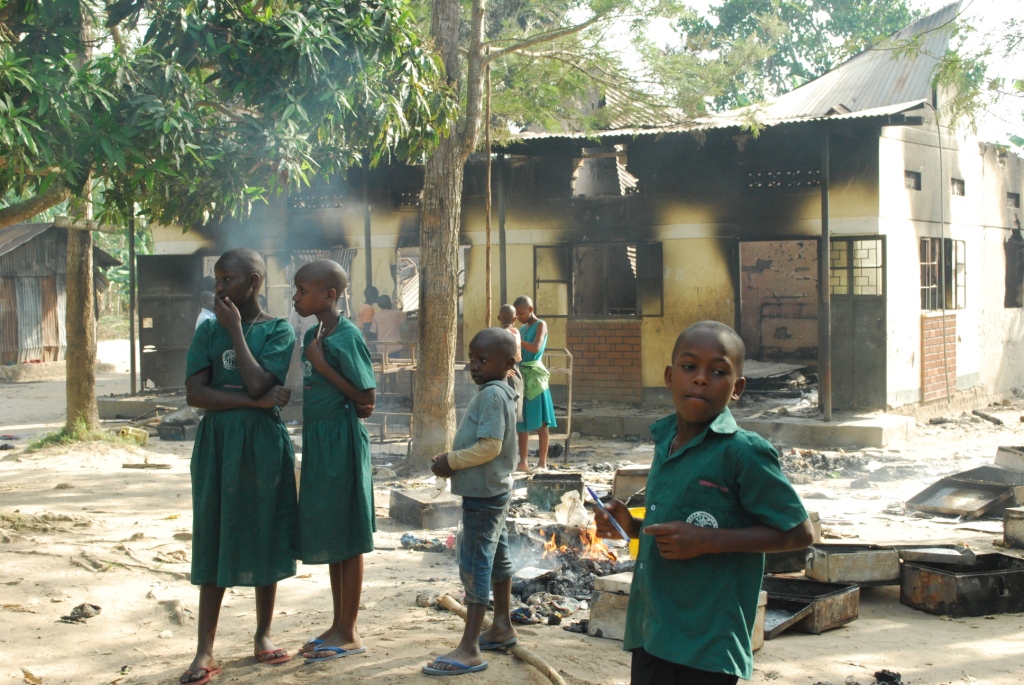 The police have launched a manhunt for unknown people said to have entered Kyotera Infant Primary school and set the boys dormitory on fire.

The incident occurred on Thursday night at 8pm while the pupils were having preps.

There were neither deaths nor injuries recorded but all their scholastics including books, mattresses, clothes, blankets, shoes etc perished in the fire.

According to Pascal Katongole, the school Director, the dormitory accommodates 91 pupils.

The school has a total of 450 pupils without a fence. Kyotera DPC Rosette Sikahwa confirmed the incident saying investigations are on.

In the meantime, Parents took their children as the situation normalizes.