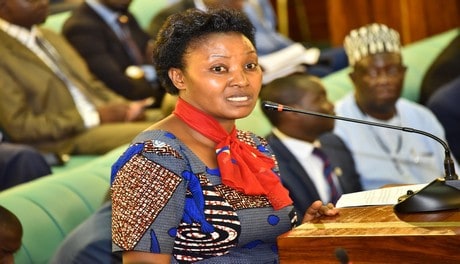 The demand for legislators to act as full time problem solvers in Africa makes their responsibilities highly challenging, the Leader of the Opposition, Hon. Winfred Kiiza, has said.

Speaking during the Conference of US State Legislatures in Los Angeles, California, Kiiza said that most Members of Parliament, especially in Africa, are asked to solve all problems, especially personal ones affecting their constituents.

“Everyone that calls you, their issue is not engagement about public policy, but on how to solve their problems, some of which are personal,” she said.

Kiiza said that as a result of this, Parliament of Uganda has been forced to put out broadcast media adverts teaching people about the roles of a Member of Parliament.

The media advert takes viewers through the roles of a Member of Parliament – legislation, oversight and representation, and adds that providing facilitation for people’s private events like wedding ceremonies is not part of a Member’s roles.
“This is because all MPs are burdened by demands and requests that are not theirs,” she said adding “Despite this, we are making it through.”
Kiiza led a delegation comprised of Members and staff of Parliament.
The delegation attending the Conference includes: Hon. Reagan Okumu (Ind., Aswa), Hon. Kenneth Ongalo Obote, Hon. Herbert Kinobere, and the Mr. Pius Biribonwoha, the Director Department of Legal and Legislative Services.
Parliamentarians and staff from US State Legislatures, and different national and provincial Legislatures around the world are attending the conference. The National Conference of State Legislatures is a bipartisan organisation established in 1975 to serve members staff of State Legislatures of the US.
Participants were given opportunities to discuss, exchange and learn alongside their international colleagues about various issues including workforce development in their countries.