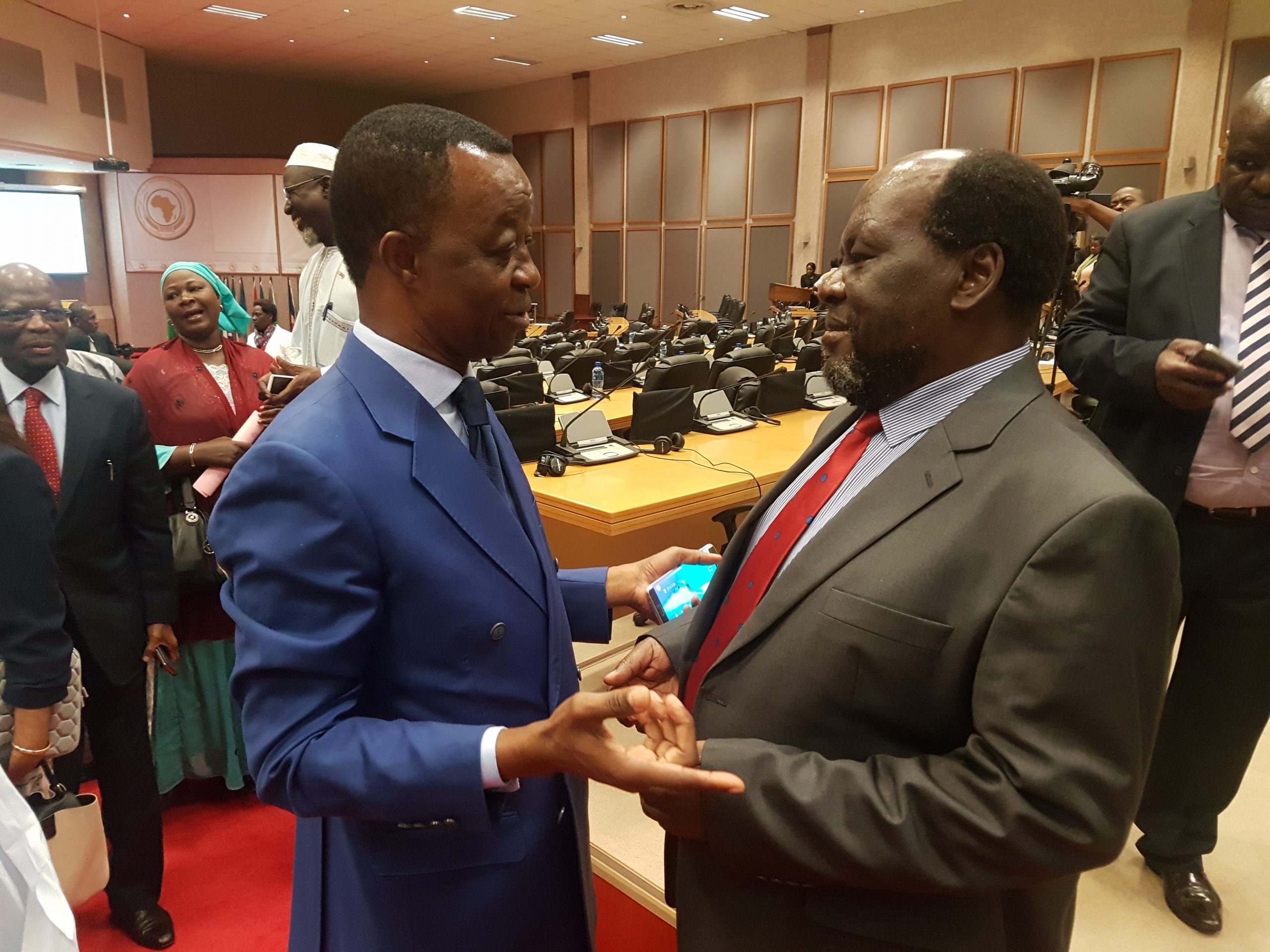 MIDRAND, SOUTH AFRICA: African legislators are in a campaign to push for ratification and implementation of the Arms Trade Treaty to address armed violence rampant on the continent.
The MPs note that the readily available small arms and weapons are responsible for the high crime rate and terror among the population in Africa.

Karin Olofsson, the Secretary General of the Parliamentary Forum on Small Arms and Light Weapons while addressing Parliamentarians attending a Pan African Parliament workshop in Midrand, South Africa on Saturday, 3 March 2018, said in South Africa alone, 18 people are killed every day by guns.

“The situation in the world related to armed violence is very serious. Each year, 875 million small arms and light weapons in circulation worldwide cause the tragic death of thousands of individuals,” she said.
She added that armed conflict and violence, regardless of scale, are perpetuated by uncontrolled availability of small arms and light weapons. She told legislators that misuse of the arms have devastating consequences. They fuel conflict, impede peace and sustainable development.

According to a recent study by Oxfam, the human cost of uncontrolled arms include injuries, forced population movement, erosion of trust, poverty and gender based violence.

“The risk of gender based violence heightens in conflict situations and it is estimated that more than 45 percent of African women have experienced violence as a result of armed conflict, this is unacceptable,” Olofsson added.

Parliamentarians noted that political will was key to reducing armed violence. The two-day regional seminar seeks to increase parliamentarians understanding and ownership of international instruments that guide and regulate conventional arms as well as promote increased parliamentary participation and action in international processes. The seminar aligns with the African Union flagship initiative of silencing the guns by 2020, which aims at realizing a conflict free Africa and liberate future generations from the burden of conflict.
Hon. Lilian Timveos (Zimbabwe) and also Member of the Parliamentary Forum on Small Arms and Light Weapons notes that there is a lot of criminality and armed robberies arising from the prevalence of small arms and light weapons.

The situation in Zimbabwe in not any different from Uganda where armed robberies and killings are prevalent. On Thursday, it was reported that two armed thugs attacked a businesswoman in broad day light in Bweyogerere, a Kampala suburb, slitting her throat. Police however pursued the thugs and killed them.
According to Prof. Ogenga Latigo, the heart of the problem of gun violence in Africa is in politics.

“The core issue in Africa is politics, governance and the ability to establish governance systems where people find equity, where everybody feels they belong; where concerns are addressed fairly, where there is satisfaction in the governance processes including elections; and forming governments and delivering services to the people,” he said.

PAP President, Roger Nkodo Dang said Africa’s development is affected negatively by the proliferation of small arms and weapons. He said legislators should search for solutions to the problem by addressing the origin of the problem. He said it is an uphill task for Africa to combat small arms and light weapons because it does not produce or export arms.

“We need to have legislation against small arms and light weapons. People must know that if they have weapons, the consequence will be heavy, and if they use these arms, the consequences will even be heavier,” Ignatienne Nyirarukundo, a legislator from Rwanda, said.