President Yoweri Museveni has urged African Bishops to advocate for better methods of farming in order to fight poverty in Africa. 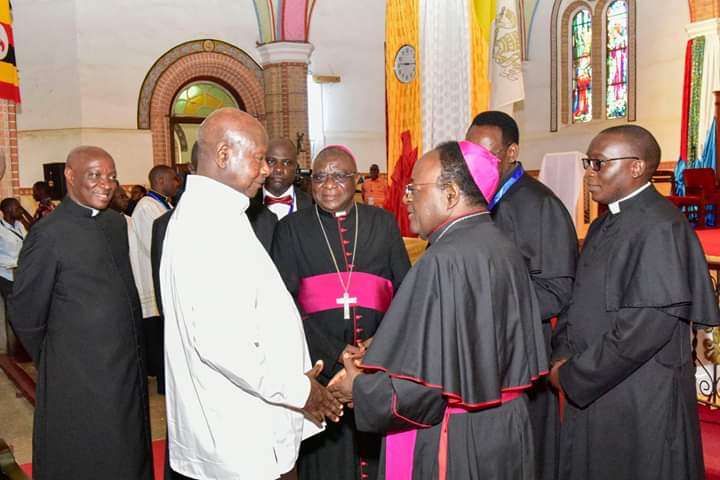 While addressing the African Catholic Bishops marking 50 years of the Symposium of Episcopal Conferences of Africa and Madagascar (SECAM), at Lubaga Cathedral in Kampala, Mr. Museveni said, many Africans are still engaged in low subsistence farming leaving out the aspect of generating income through agriculture.

The President said Africa is spiritually doing much better than other continents, but in terms of welfare the continent is lagging behind which is a big challenge.

“Now your eminences and Lordships you are all Africans and you are Bishops of Africa. I am very glad that spiritually Africa is doing much better than other continents. Other continents are in deep spiritual crisis, and I don’t have to go into the details, when somebody can get into situation where he cannot tell a man from a woman then you know there is very serious situation there” Mr. Museveni noted.

He said there is need for Africa to reinforce the spiritual aspect of Africa with the welfare of Africans, which he says is still a big problem.

He said Africa is a land of great wealth, but the wealth is not well developed as it should have been. He attributed this to bad practices in terms of welfare with people still engaged in subsistence farming, yet modern life requires one to have money.

He called on the leaders to urge people to adopt better farming practices for both food and   welfare.

Housing Ministry Queried For for Installing Poor quality Traffic Lights   Officials of from the Ministry of Lands Housing and...