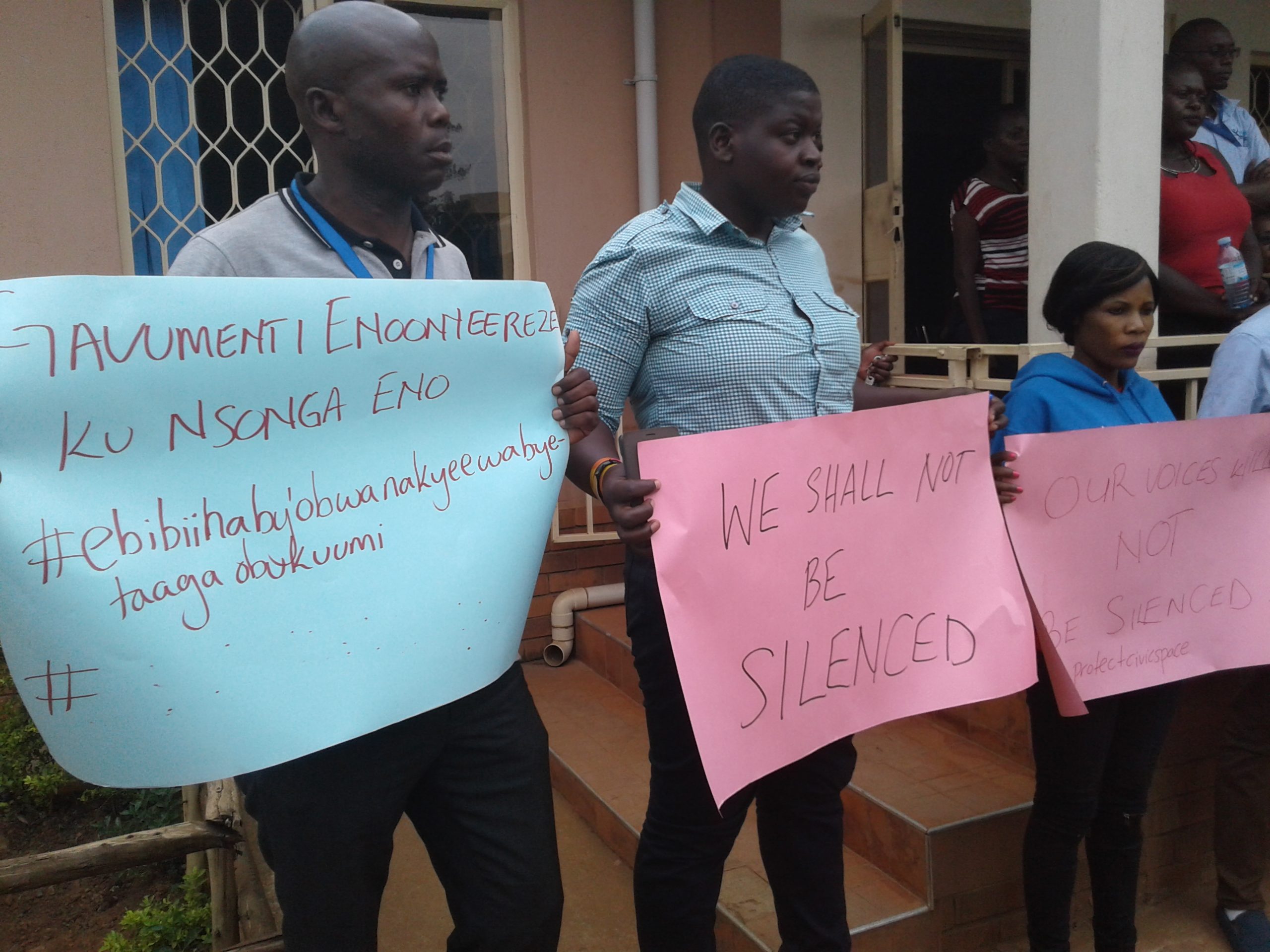 The executive director, Human rights awareness and promotion Adrian Juuko reveals that starting Monday next week they are shifting their operations to old kampala police station as a new avenue to demand for reports into the continued break ins into CSO offices.

Last night marked the second time that thugs are breaking intoHURAPF offices with the 1sttime being two years back where a security guard was killed and this time two security guards by the names of Sezzi Bwambale and Godfrey Okwisurvived with serious injuries and currently hospitalized at Nsambya.

At  a joint press conference held today at their offices in Kampala, Juuko made it clear that they will not stay silent as they continue to watch shrinking operation space for CSOs in Uganda.

Muhamed Ndifuuna the chairperson national forum of human rights defender Uganda,Shella Mwanje from the foundation for human rights initiative all demand that govt through its security organs have exhibited the highest levels of incompetence as every day in any part of the country there has to be a serious break in or murder crime and no investigative report is produced.

They are of the view that the current govt is no longer valuing lives of Ugandans as witnessed in nonstop killings and thugs bragging around with non being arrested.

For the past five years Uganda’s civil society has witnessed a series of break ins with NGOs like HURINET, AKINA MAMA AFRIKA, HRAFP, Uganda human rights network for journalists among others have fallen victims with no conclusive investigative report from police has been produced and no wrong element arrested to be behind the illegality.

The Ecobank Foundation commits US$ 750,000 to help eradicate malaria in Mozambique

Harry Kane is "the present and the future" of Tottenham according to manager Mauricio Pochettino, following the striker's match-winning display in Spurs' 1-0 win over Arsenal.