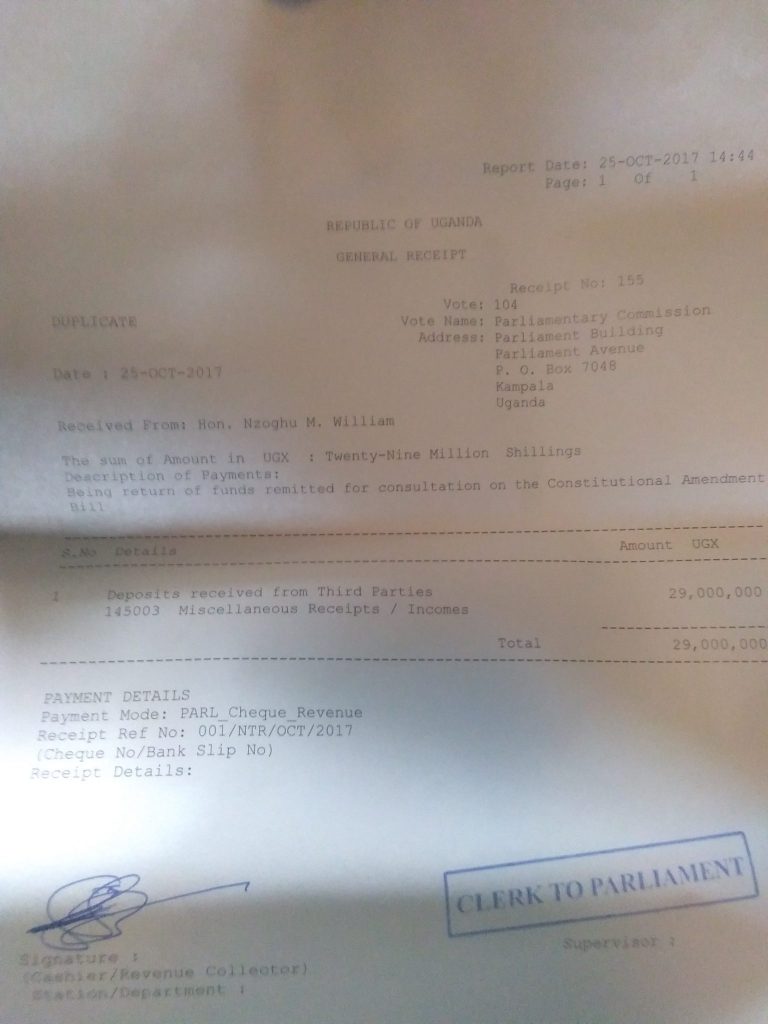 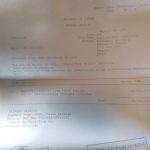 6 opposition members of parliament have  today  returned   174 million shillings given to them by parliament for age limit  consultations.

They called upon other fellow members of parliament to do  the same.

They  wonder why  each MP is given 29 million shillings for consultations on the amendment of article 102 (b)  when state procecutors and medical workers  demanding for salary increament  were told to wait .

Early this week, Parliament’s director of Communications and Public Affairs  Chris told the media that Shs 13 billion had been allocated  from the MPs’ emoluments.

Eyewitness was able to see a receipt, for busungura north MP William Nzonghu indicating that parliament recieved the money back from the him. 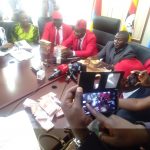