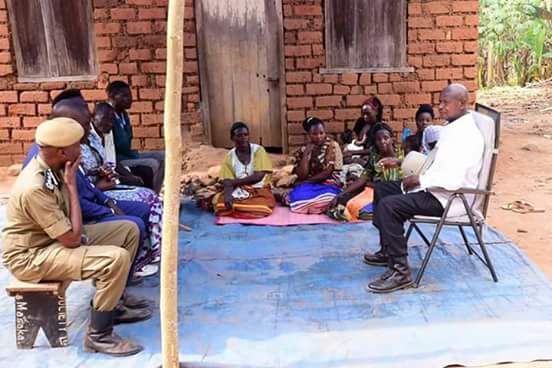 President Yoweri Museveni has spent this afternoon visiting and consoling with families of murder victims in Bukomansibi district.

The President later addressed a public rally at Kyamabale Primary school grounds in Kibinge sub-county and said that government will overcome the wave of crime that characterised 2017 that cost the country many lives.

Security is already following a trail of evidence and tips left behind by the criminals. The President was accompanied by the IGP Gen. Kale Kayihura.

Makerere University is to award Winnie Madikizela-Mandela, an Honorary Doctor of Laws

Makerere University is to award Winnie Madikizela-Mandela, an Honorary Doctor of Laws