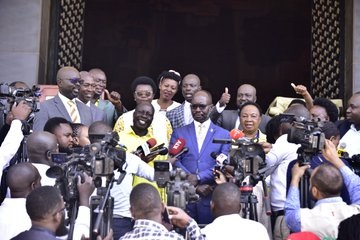 According to records, a total of 18 independent candidates presented their nomination papers, while six candidates from the ruling National Resistance Movement (NRM) party also expressed their interest.

The Democratic Party, Justice Forum (JEEMA), Forum for Democratic Change (FDC), and Uganda People’s Congress (UPC) fielded one candidate each to compete for the opposition slots.

According to the Clerk to Parliament, Adolf Mwesige Kasaija, nomination documents are to be verified by a verification committee, and thereafter, the names of the successful candidates will be gazetted.

These will then be invited for open campaigning before Members of the 11th Parliament who form the electorate on Thursday, 29 September 2022 at Parliament.

According to the EALA road map, by September, Parliament should have selected and gazetted Uganda’s representatives to the Arusha-based Assembly.