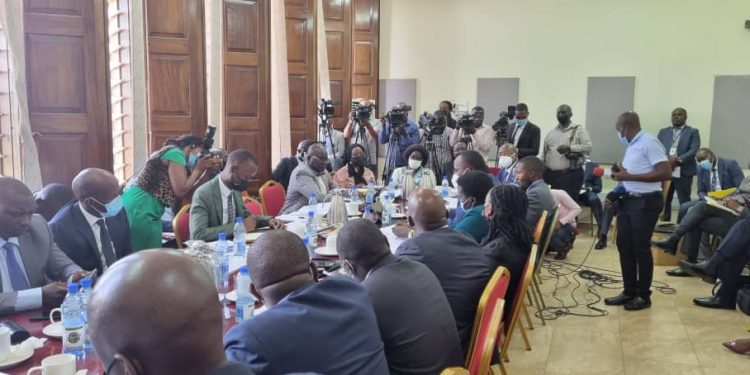 The Uganda Revenue Authority has told the parliament that it intends to forego collecting Shs4.3tn revenue if they don’t get extra funding of Shs205bn on top of its budget to close gaps in the underfunded interventions.

The Uganda Revenue Authority was handed a target to collect Shs25.5tn in the financial year 2022/23. However, while appearing before the parliamentary committee of Finance, the Commissioner General of URA John Musinguzi decried shortfalls in the URA budget affecting several activities of revenue mobilization, which may affect the agency from achieving the target.

URA also told the committee of finance that they are likely to lose Shs4tn if they don’t get extra funding of Shs205bn on top of the Shs521bn budget that has been allocated to the agency to cover up shortfalls.

Musinguzi justified the need for extra Shs205bn to establish a tax academy that will train URA officials in tax administration, construct more offices and accommodations facilities and enhance staff welfare among other activities to boost revenue collections.

However, committee members were not convinced with URA’s request for more funding to collect more Tax, saying the activities lined up for extra funding are not viable enough to fetch extra Shs4tn.

The committee was shocked by the money URA spends on Vehicle maintenance. According to the 2020/2021 motor vehicle Utilization Report of URA, the agency spent 3.4bn on motor vehicle repairs 3.6bn on Fuel, and 777.9m on tires. For example, on a Toyota Fortuner UAS 952K, URA spent 61m on repairs, 20m on Fuel, and 3.9m on tires.