The re-Opening of Uganda – Rwanda border will help promote trade between the. Two countries.

This is according to Arua City Central Division  Member of Parliament  Atima Jackson Lee Buti. 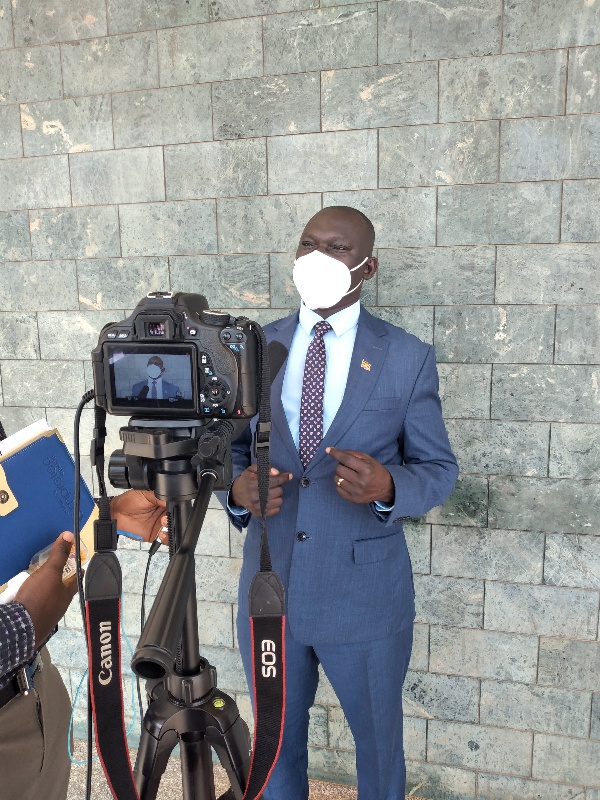 The MP  has hailed the governments of Uganda and Rwanda for the reopening of the border between the countries.

In an interview with journalists at Parliament  Buti said this will go a long way in improving the trade between the two countries having gone through the last two years of lockdown.

The MP  said the good diplomacy has resulted into the reopening of the border linking the two countries.

The MP said the reopening has come at a time Uganda has been opened from lockdown which had affected the country’s economy.

“I take this opportunity to thank his excellency the president for the wisdom and visionary leadership that he has always exhibited. When I got the news that  our brother, the first son had a meeting with his excellency the president of Rwanda and the meeting yielded a positive results of re-opening of the long awaited border between Uganda and Rwanda which had actually hindered so many activities, i got excited, and I want say that this is the way to go” Buti noted.

The MP  praised the senior presidential advisor for Special Operations and Commander Land of Forces Lt Gen Muhoozi Kainerugaba for the initiative and skills he used to convince the president of Rwanda to accept that Uganda and Rwanda can now engage in trade.

He said this is in line with east African integration which promotes peace, trade among others to enable the countries grow together with other partners.

He explained adding  that  the blockade had affected Uganda’s GDP and external relationships.